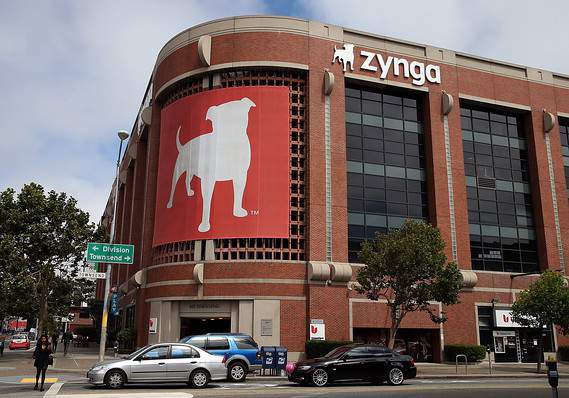 Written by:
Jane Tindall
25th October 2013
Are you looking for fast-news, hot-tips and market analysis? Sign-up for the Invezz newsletter, today.

For the three months ended September 30, Zynga posted a loss of $68,000 compared to a loss of $53 million for the same period last year. Excluding stock-based compensation and other items, the company said it had lost two cents per share. Analysts on average had been expecting Zynga to report an adjusted loss of four cents per share, according to a Thomson Reuters survey. Quarterly revenue fell 36 percent from a year earlier, to $202.6 million. Analysts had projected a fall to $190.2 million.

Bookings, or the actual value of virtual goods Zynga sells in games, tumbled 40 percent to $152.1 million. Total expenses fell 50 percent to $205.4 million as the company behind once-popular games such as Farmville and Words with Friends cut 154 jobs during the quarter and reduced work with outside contractors. Daily active users totalled 30 million, down from last year’s 60 million and the 39 million in the prior quarter.

**Return to profitability in sight, says CEO**
Yesterday’s earning report covered the first period under the leadership of Don Mattrick, the former Microsoft head of gaming who had previously been at Electronic Arts. He was appointed as Zynga’s chief executive in July (Zynga Share Price: Game-Maker Brings in Microsoft’s Mattrick as CEO).
The CEO yesterday said in the group’s trading update: “I’m proud of the progress we’re making to compete more aggressively on the web, make our move to mobile and develop new hits”. Mattrick added that he believed games such as FarmVille, Words with Friends and Zynga Poker could be “evergreen in terms of consumer interest” even though the number of people playing its games every month has fallen by more than half over the past year, from 311 million to 133 million.

Looking ahead, Mattrick remarked that Zynga expects to be profitable on an adjusted basis this fiscal year. “We are committed to being a profitable company and we believe we are poised for growth in 2014,” he stated.
Zynga’s outlook for the fourth quarter is of net loss in the range of $21 million to $31 million on revenues of $175 million to $185 million. On an adjusted basis, Zynga said it expects a per-share loss of four to five cents, with bookings of $130 million to $140 million. The social gaming company added it expects to make a slim profit for 2013 before taking into account exceptional items such as restructuring charges.

**New COO**
!m[Social games maker narrows losses and expects full-year profit](/uploads/story/6329/thumbs/pic1_inline.png)
Shortly before reporting its third-quarter results, Zynga appointed another former Electronic Arts executive, Clive Downie, as its chief operating officer. Downie, who resigned this week as CEO of Japanese mobile gaming company DeNA West, will be responsible for Zynga’s publishing, live game operations, communications, business development and human resources.
After leaping as much as 17 percent immediately after the results were issued late yesterday, the Zynga share price was 12.87 percent higher at $3.99 in after-hours trading for a market capitalisation of more than $3 billion. The stock closed yesterday’s session at $3.54
**As of Thursday, 24.10, buy Zynga shares at $4.00.**
**As of Thursday, 24.10, sell Zynga shares at $3.96.**