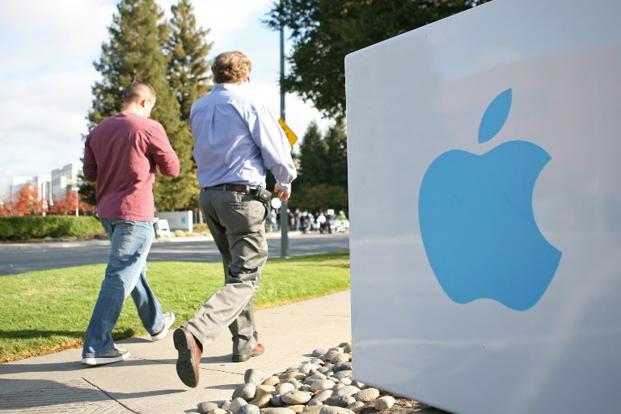 iNVEZZ.com, Friday, November 8: Apple Inc. (NASDAQ:AAPL) is poised to face increased competition from Asia, as its rivals Samsung Electronics (KRX:005930) and Lenovo (HKG:0992) have vowed to claim market share from the US giant in the tablet and smartphone market, respectively. On Wednesday, Samsung co-chief executive Shin Jong-kyun told an analyst meeting that after overtaking Apple in smartphones, the company is now targeting to become the world’s biggest seller of tablet computers. Separately, Lenovo CEO Yang Yuanqing told Bloomberg in an interview published today that his company would start selling smartphones in 20 new markets in the Middle East, Africa and Latin America in the next few quarters, aiming to fill a gap in emerging economies, where iPhone is seen as too expensive.

The Samsung boss said that the company would become the biggest maker of tablet computers, without providing a timeframe, after having experienced a remarkable growth since the second half of last year, as reported by the Associated Press. Shin forecast Samsung’s tablet sales to exceed 40 million units this year. This compares to 16.6 million tablet sales in 2012, according to data from research group IDC. The latest IDC report showed that Samsung’s tablet shipments soared to 9.7 million in the third quarter from 4.3 million in the same period last year. At the same time, Apple’s tablet shipments edged up to 14.1 million from 14 million. Although Apple’s market share of 29.6 percent in Q3 is still well above Samsung’s 20.4 percent, the South Korean company has increased its share, while the iPad maker’s has fallen. Apple’s market share was 40.2 percent in Q3 2012, while Samsung’s was 12.4 percent.

The IDC data shows also that Lenovo’s tablet shipments have soared by 420 percent year-on-year to 2.3 million in Q3 2013, while its market share has more than quadrupled to 4.8 percent from 1.1 percent.
**Lenovo to boost smartphone sales**
“We have seen the first wave of success in Asian countries,” Yuanqing was quoted as saying. “We provide affordable products for emerging markets. That’s very important. For those markets, the iPhone is probably not the best-selling product, Lenovo can be much more competitive.”

Lenovo, which is the world’s largest maker of personal computers, currently sells tablets in 10 markets, so adding 20 new markets will be a significant increase. The company’s new ambitions came after it gained a 13 percent market share in 12 months in Indonesia, achieving profit margins higher than in its home market in China.
**Apple seen performing strongly in Q4**

Apple, however, has its own plans to boost sales. According to Morgan Stanley, Apple will start to separately launch two iPhones a year, which is expected to be a positive change in approach. Instead of having to wait once a year for something new from Apple, a bi-annual release would contribute towards greater customer satisfaction, giving iPhone fans something else to look forward to.
Analysts expect Apple to deliver a strong performance in the current quarter, backed by high demand for its iPhones, iPads and Macs. The iPad Mini with retina display is expected to be available in stores before the end of this month. According to analysts, quoted by the International Business Times, Apple’s sales are expected to have risen by 11 percent month-on-month in October.
Apple’s revenue increased by four percent year-on-year to $37.5 billion in the three months to the end of September and the company expects revenue of between $55 billion to $58 billion in the current holiday quarter.

**Most valuable brand**
Apple has remained the world’s most valuable brand in Forbes’ November rankings with an estimated brand value of $104.3 billion, nearly twice as much as Microsoft’s $56.7 billion in second place, and significantly above Samsung’s $29.5 billion in ninth place, while Lenovo was not in the top 100 list.
**On November 7 buy Apple shares at $514.45.**
**On November 7 sell Apple shares at $512.34.**
Trade these shares now through Hargreaves Lansdown from £5.95 per deal.
Prices can go up and down meaning you can get back less than you invest. This is not advice. Dealing services provided by Hargreaves Lansdown.
Fill out my Wufoo form!