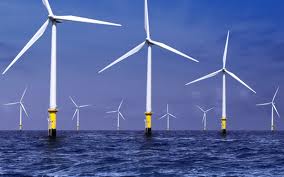 iNVEZZ.com Friday November 15: EnQuest (LON:ENQ) today announced that it will go ahead with a ₤4 billion Kraken field development in the North Sea.

The Aberdeen-based EnQuest is the major stakeholder in the Kraken field, which is estimated to contain about 137 million barrels of oil – some 1.5 percent of the UK’s remaining reserves. Initial extraction is expected in 2016-17, with ₤1.12 billion to be spent by then and the balance over the 25-year lifetime of the field. About 80 percent of the ₤4 billion investment will be spent in the UK, creating nearly 20,000 jobs.

Trade these shares now through Hargreaves Lansdown from £5.95 per deal.
“It’s an important investment for the UK – the largest investment this year,” said Amjad Bseisu, chief executive officer of EnQuest. The project will help the oil producer reach its goal of more than doubling output from 23,000 barrels per day in the first 10 months of 2013. EnQuest has maintained its production forecast for this year of 22,000 to 24,500 bpd equivalent. The outlook for 2014 is “positive”, Bseisu said.

In the view of the UK Chancellor of the Exchequer, George Osborne, the Kraken field development will “boost the British economic plan”. Osborned added: “It is also evidence that our efforts to create a competitive tax regime that gets the most oil and gas out of the North Sea are working.”
**EnQuest acquires assets from Centrica**
EnQuest announced last month that it to acquire Centrica’s Kittiwak-to-Forties oil export pipeline, along with the 50 percent Centrica interest in the Greater Kittiwake area (GKA). This includes the Kittiwake, Gadwall, Grouse, Goosander and Mallard fields, where production is at about 2,000 bpd.

Enquest said it will pay $39.9 million (₤24.8 million) up front and assume $5.1 million (₤3.2 million) in net
debt. The company will pay an additional $30 million (₤18.7 million) contingent on regulatory approval of field development plans.
“This acquisition fits within our goals of managing mature fields, and of exploiting nearby discoveries and near field exploration opportunities,” said CEO Bseisu. “Our Scolty and Crathes discoveries are within the area and would benefit from a tie-back to Kittiwake. These opportunities would also allow for the extension of the GKA field life.”

Liberum Capital upgraded its rating on EnQuest’s stock to ‘buy’ from ‘hold’ following the announcement of the deal. Analyst Kate Sloan said the inclusion of the Kittiwake-to-Forties oil pipeline looked to be of strategic importance as providing an infrastructure solution for the nearby Scolty and Crathes developments.
“Existing projects should double production by 2017 and we believe EnQuest has the capacity to maintain growth above and beyond”, Sloan said. Liberum has revised its price target on EnQuest to 174p.
**Other Analysts on EnQuest**

Meanwhile, JP Morgan lowered its price target on EnQuest’s shares to 180.00p from 188.00p in a research note sent to investors yesterday. The bank has an ‘overweight’ rating on the shares.
One investment analyst has rated EnQuest’s stock with a ‘sell’ rating, five make it a ‘hold’ and eight are calling it a ‘buy’. The stock currently has an average rating of ‘buy’ and a consensus price target of 160.57p.
**As of 12.52 UTC buy EnQuest shares at 133.60.**
**As of 12.52 UTC sell EnQuest shares at 133.50p.**
Trade these shares now through Hargreaves Lansdown from £5.95 per deal.
Prices can go up and down meaning you can get back less than you invest. This is not advice. Dealing services provided by Hargreaves Lansdown.