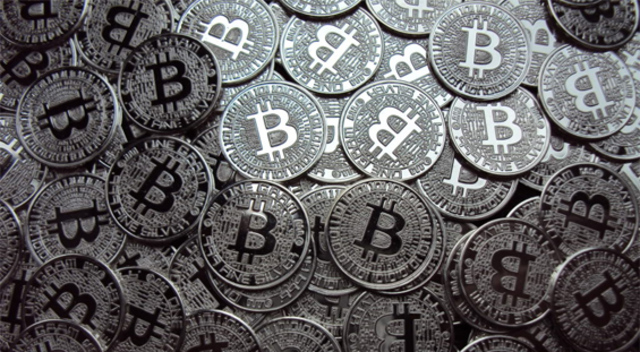 At yesterday’s first-ever United States congressional hearing on digital currencies, US officials and regulatory agencies expressed optimism for, but also stressed the various risks associated with, ‘virtual’ money. Also yesterday, the best-known of the genre, Bitcoin, had one of the wildest trading sessions in its history, advancing about 75 percent from the day’s opening to an all-time high of $901, only to be followed by a nasty dive of more than 30 percent to $585. Since then the crypto-currency has rebounded to around $750, seemingly in recognition of a market overreaction.

Overall at the Senate hearing, US officials spoke approvingly of digital currencies, despite a past focus on Bitcoin as a money-laundering device and its utility in other criminal activities.
Practise Trading Options Risk Free – Demo Account.
US Fed chairman Ben Bernanke wrote in a written submission that virtual money “may hold long-term promise, particularly if the innovations promote a faster, more secure, and more efficient payment system”.

And Mythili Raman, acting assistant Attorney General for the Justice Department’s criminal division, expressed the view that “many virtual currency systems offer legitimate financial services and have the potential to promote more efficient global commerce”.
Speakers acknowledged the difficulties in tracking Bitcoin owners but US Secret Service representatives shared that they have successfully investigated criminals using the digital currency.

Said general counsel for Bitcoin Foundation Patrick Murck: “I think what you heard from the law enforcement community and the regulatory community is that they don’t need any new tools to regulate this effectively and to find illicit actors in the system.”
Murck was encouraged by the positive signals coming from the federal government and stressed that the hearing marked substantial progress in the endeavour to explain to the American public just what digitals currencies are.

Despite the broadly positive comments, the price of a Bitcoin plummeted after the hearing concluded from an all-time high in a typical “buy on rumour, sell on fact” kind of way. And there’s a second day scheduled today of the Senate Banking Committee hearings.

Zennon Kapron, managing director of research firm Kapron Asia, thinks that the rapid correction is natural given the recent astronomical rise in Bitcoin’s value versus the USD, but he doesn’t see a bubble building.
Kapron noted that a US government’s regulatory blessing and recognition of Bitcoin as a “legitimate financial service” would be important development that could increase the crypto-currency’s broad investor appeal. “When Bitcoin becomes accepted globally and can be used for buying petrol, shopping for groceries, etc., the value will need to be much higher to accommodate demand.”
Practise Trading Options Risk Free – Demo Account.
Fill out my Wufoo form!