Chrysler IPO delayed until after 2013 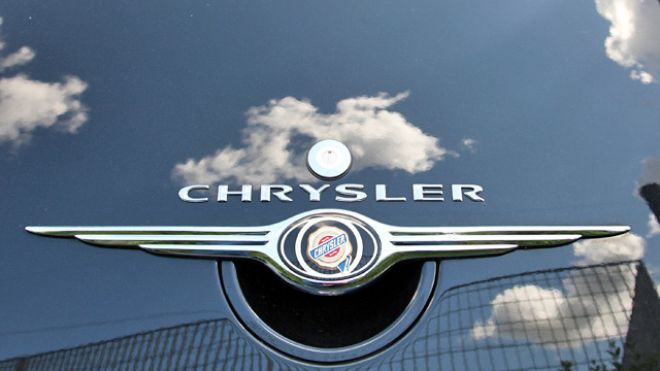 The delay buys more time for Sergio Marchionne, chief executive of both Fiat and Chrysler, to agree on a price for Chrysler with the United Auto Workers’ healthcare trust, Veba, which owns a minority stake in the US car maker. Marchionne would rather Fiat buy Veba’s stake than float shares in Chrysler. As the Financial Times noted in coverage of the news of the IPO delay, “Fiat has long wanted to turn Chrysler … into a fully integrated subsidiary” and avoid an IPO that would “force Fiat to treat Chrysler as an entirely separate operation with separate quarterly financial reports and the other burdens of an independently listed company.”

Fiat‘s share price yesterday closed 3.5 percent lower, while Milan’s blue-chip index fell 0.2 percent.
Having consulted with the prospective underwriters for Chrysler Group’s IPO and counsel, the board of directors of Chrysler “has determined that it will not be practicable for Chrysler Group to launch and complete an initial public offering prior to the end of 2013,” Fiat said in a statement.

Get a share dealing account from Hargreaves Lansdown and trade shares from £5.95. HERE>>
Fiat, which owns 58.5 percent of the third-largest US automaker, also said that it expected Chrysler “to continue working on the necessary steps to enable an initial public offering to be launched in the first quarter of 2014” but it could not say “whether or when an offering will be launched as any launch will be subject to market conditions and other relevant considerations.”

Fiat’s statement damped speculation that a Chrysler IPO could be imminent. According to recent media reports, bankers were working towards a Chrysler IPO that could take place in the coming weeks. Chrysler released an updated securities filing late yesterday, saying it planned to list its shares on the New York Stock Exchange under the symbol CGC.

Bloomberg reported today that the IPO was delayed because the US car maker was unable to resolve a routine tax issue quickly enough to complete the sale this year. Chrysler needs a letter from the US Internal Revenue Service to clarify tax liabilities after the IPO and didn’t want to proceed without it, the newswire said.
Fiat started preparing for a Chrysler IPO after its talks with Veba over the value of the healthcare trust’s 41.5 percent stake in Chrysler broke down. Fiat had valued it at about $2 billion (£1.2 billion), while Veba had put a price tag of $4 billion (£2.4 billion), which implies a valuation for the whole company of as much as $10 billion (£6.2 billion). Fiat assumed management control and a stake in Chrysler after the US company emerged from a government-funded bankruptcy restructuring in 2009.

Marchionne‘s failure to secure a deal with Veba has made a Chrysler IPO impossible to avoid because of clauses in the shareholder agreement which require Chrysler to prepare an offering if the two shareholders are unable to agree on a price for the shares. According to an article published in the Wall Street Journal, Chrysler expects to raise $1.5-2 billion in the IPO, valuing the US car maker at between $9 billion and $12 billion .
**As of 11.18 UTC buy Fiat’s shares at €5.76**
**As of 11.18 UTC sell Fiat’s shares at €5.72**
Get a share dealing account from Hargreaves Lansdown and trade shares from £5.95. HERE>>
Prices can go up and down meaning you can get back less than you invest. This is not advice. Dealing services provided by Hargreaves Lansdown.