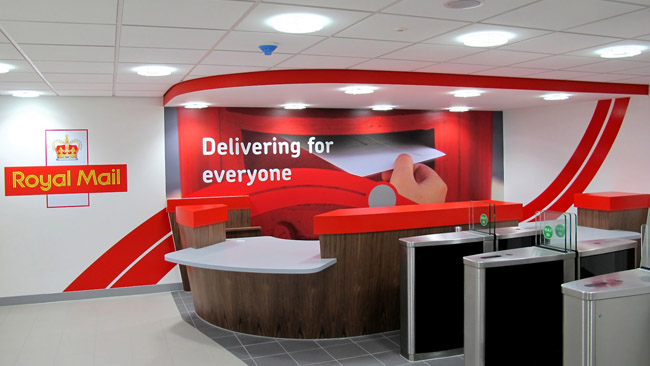 iNVEZZ.com, Tuesday, November 26: The recently privatised Royal Mail (LON:RMG) is due to report its maiden financial results as a listed company tomorrow and investors will be looking for clues about the company’s fair valuation.

Royal Mail attracted huge market attention, with its share price jumping as much as 80 percent after an IPO which valued the postal service operator at £3.3 billion last month. The government’s decision to set the initial offering price at 330p a share is still drawing criticism as being detrimental to taxpayers.
But investors await the half-year report to not only see how the company has fared during the six months to the end of September but also to learn of its plans to progress in the future, with labour relations and cost-cutting being identified as key issues.

Analyst opinions on Royal Mail’s share price target currently vary from 400p at Nomura to 544p at Investec.
**Earnings seen rising**
Royal Mail is widely expected to report record half-year profits as a result of an ongoing turnaround programme. The company’s operating profit after transformation costs nearly tripled to £440 million in fiscal 2012/13, while revenues rose six percent to £9.28 billion in the run-up to privatisation.

Shore Capital is picking the postal operator to report half-year revenues of around £4.47 billion and a pre-tax profit of £238m before exceptional and transformation costs of circa £150 million. Barclays Capital has projected a pre-tax profit of £154 million. In the same period last year, Royal Mail posted revenues of £4.36 billion and an operating profit after transformation costs of £144 million.

**Parcels business**
Analysts are hoping that Royal Mail enjoyed robust growth in the parcel market during the half-year, which should continue as online shopping expands and the economy recovers. Rival postie UK Mail last week reported a 21 percent increase in parcel revenues along with broadly unchanged standard mail sales.
Royal Mail believes its parcels business will grow strongly in the coming years, offsetting the decline in letter delivery. But UBS, a joint book-runner for the IPO, warns that some weakness in parcels may be expected due to “tough comparatives, pricing increases and a slowdown in e-commerce growth”. The brokerage nevertheless expects Royal Mail to benefit from strong Christmas sales this year.

**Labour issues**
Labour relations will be also in focus tomorrow and although the threatened IPO-related strike action seems to be going on the back-burner, US hedge funds building stakes in Royal Mail are looking for the company to be more aggressive in cost-cutting, especially in payrolls, and profit production. The Telegraph quoted a source as saying that the “productivity improvement rate is really pretty low, given the amount of new technology at the company”.
Royal Mail is not expected to declare an interim dividend but a full-year dividend will most likely be announced next year.

**Business Secretary hearing**
Wednesday will also see Business Secretary Vince Cable and his colleague, business minister Michael Fallon, appear before MPs on the Business Select Committee amidst allegations that the postal operator was sold off too cheaply.
Sky News has obtained a copy of the annual review of the Shareholder Executive (ShEX), the body which manages the Government’s stakes in state-owned businesses, according to which the share price rise after the IPO was “expected” by ministers. Cable has repeatedly characterised the surge in Royal Mail’s shares as “froth” that will subside following an initial frenzy.
Royal Mail was trading at 532.84p as of 09:26 UTC today, marginally lower than yesterday’s close.
**As of 9:11 UTC buy Royal Mail shares at 534.00p.**
**As of 9:11 UTC sell Royal Mail shares at 533.50p.**
Fill out my Wufoo form!

Siana was one of our leading Journalists in 2013, and has since moved on to become Founder & Editor In Chief at Cryptovest.
Related news
Macy’s stock price extends its bullish run, now up 18% on the week
1st July, 13:57
Capri Holdings’ Q4 revenue slides 11.3% as COVID-19 shuts stores in recent months
1st July, 13:50
General Mills reports a 21% increase in Q4 sales as COVID-19 fuels at-home dining
1st July, 13:10
Hammerson collects only 16% of Q3 rents in the UK due to COVID-19 challenges
1st July, 12:16
FedEx tops analysts’ estimates for profit and revenue in the fourth quarter
1st July, 11:32
Related market data