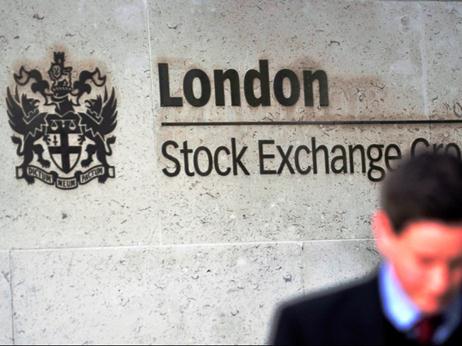 iNVEZZ.com, Friday, November 29: Britain’s benchmark equity index, the FTSE 100, is set to open flat today following mixed sentiment in Asia and a holiday on Wall Street. Yesterday, the Footsie edged up 0.08 percent to close at 6,654.47, propped up by mining giant Rio Tinto (LON:RIO), which revealed a revised growth plan for its iron ore business in Western Australia (Rio Tinto plans Australian iron ore expansion). The 3.9 percent rise in index heavyweight Rio Tinto offset a decline in housebuilders after the Bank of England (BoE) said it would refocus its Funding for Lending scheme, which is now targeted at mortgage borrowers, on loans to small firms in order to avoid fuelling house price inflation. BoE will today release data on October’s mortgage approvals, which some analyst expect to show that mortgages approved by UK lenders surpassed the 70,000 mark for the first time since January 2008. UK house price figures are also due today, with forecasts pointing to a 0.6 percent month-on-month increase in November, following a one percent rise in October. Retail stocks could also be in focus as retailers try to emulate the US-style Black Friday shopping day, while data released earlier today showed that GfK’s UK Consumer Confidence fell unexpectedly by one point this month to -12.

Trade these shares now through Hargreaves Lansdown from £5.95 per deal.
Other macroeconomic data that may affect UK markets today includes eurozone flash inflation for November and unemployment figures for October.
US equity markets were closed for the Thanksgiving holiday yesterday after the Dow and S&P 500 closed at record highs on Wednesday. US markets will be open for a half-day session today.

Asian markets were mixed overnight amid thin volumes due to the US holiday. The yen eased further, hitting a 5-year low against the euro and a 6-month low against the dollar, but Japanese stock markets fell amid profit taking. Japan’s benchmark index, the NIKKEI 225, which reached a near six-year closing high yesterday, lost 0.41 percent to finish at 15,661.87. Chinese stocks were steady, with Shanghai’s CSI 300 Index closing 0.01 percent higher and Hong Kong’s Hang Seng Index up by 0.3 percent about an hour before the market closes.

**Earnings reports**
It will be a quiet day for earnings reports. Acal (LON:ACL), which designs and manufactures electronic components for big consumer brands, will report its half-year results and many investors expect to see a growing level of orders in line with the improving economic outlook. Kazakhstan-focused oil and gas exploration and production company Max Petroleum (LON:MXP) is also due to update the market today.
Trade stocks with Hargreaves Lansdown from £5.95 per deal.
Prices can go up and down meaning you can get back less than you invest. This is not advice. Dealing services provided by Hargreaves Lansdown.
Fill out my Wufoo form!