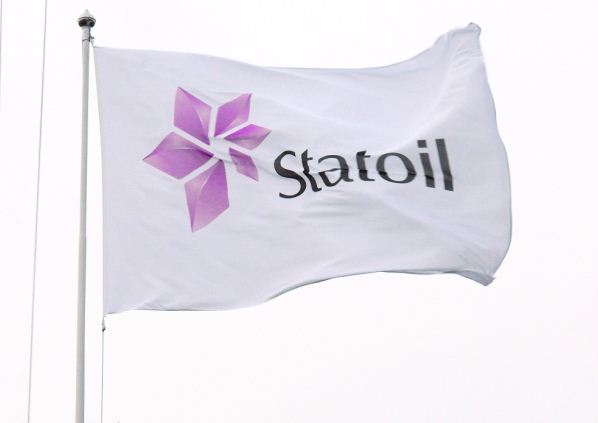 iNVEZZ.com, Friday, November 29: Statoil’s share price (NYSE:STL, STO:STLO) has been marginally lower in today’s morning trading in Oslo after Italian oil and gas group Eni (BIT:ENI) said it may seek up to $10 billion (£6.1 billon) from the Norwegian company for alleged natural gas overcharges.

The Norwegian business daily Dagens Naeringsliv reported earlier this month that Eni was seeking that amount in arbitration proceedings initiated against Statoil in August, claiming it was paying a 50 percent mark-up over spot market rates due to long-term contracts tied to the price of oil.
Trade these shares now through Hargreaves Lansdown from £5.95 per deal.

Yesterday, Eni’s CEO Paolo Scaroni said that the newspaper report that the company was demanding $10 billion was “probably true”.
Reuters quoted an unnamed source familiar with long-term gas contract arbitrations as saying: “That $10 billion is probably the value of the discount over the entire 20-year contract period. It’s a huge sum of money.”
**Statoil, Norway’s biggest oil and gas producer, has declined to comment.**

Scaroni has previously said the Norwegian gas supplies are the most expensive in Eni’s portfolio and that the Italian company has launched arbitration proceedings after negotiations failed. Analysts have pointed out that while Norway sells natural gas to Britain at prices pegged to spot gas prices, supplies to Italy are more expensive because they are linked to the price of gasoil, a refined oil product. Tying gas prices to refined oil products has been a common practice in the past which has proven expensive as European spot gas prices having fallen relative to oil prices. The dispute between Eni and Statoil relates to a 1997 supply agreement.

Since 2011, most European companies consuming gas have achieved a revision of long-term supply contracts, arguing that prices under those contracts based on the price of oil have remained high compared to spot gas market prices. Most discounts that have been granted to European buyers have been retroactive.
Earlier this year, Eni renegotiated its contracts with Russia’s Gazprom, securing a price cut, and with Algeria’s Sonatrach, enabling it to withdraw lower gas volumes. It is also renegotiating its contracts with Dutch supplier Gas Terra.

**Statoil to be more selective in choosing new wells**
Meanwhile, Statoil has said it that intends to be more careful in choosing its exploration targets, aiming to reduce risk and better manage capital investments.

Head of exploration Tim Dodson said earlier this week that Statoil will focus on areas where it has made recent discoveries, including Brazil, Tanzania, Angola, Norway, Canada and the Gulf of Mexico. It also may leave areas where wells have proven unsuccessful and Mozambique, where Statoil has drilled a dry well this year, “could be an exit candidate”.
“We’ll be much more selective in taking on other new opportunities,” Bloomberg quoted Dodson as saying.
**As of 10:45 UTC buy Statoil shares at NOK138.80**
**As of 10:45 UTC sell Statoil shares at NOK138.70**
Trade stocks with Hargreaves Lansdown from £5.95 per deal.
Prices can go up and down meaning you can get back less than you invest. This is not advice. Dealing services provided by Hargreaves Lansdown.