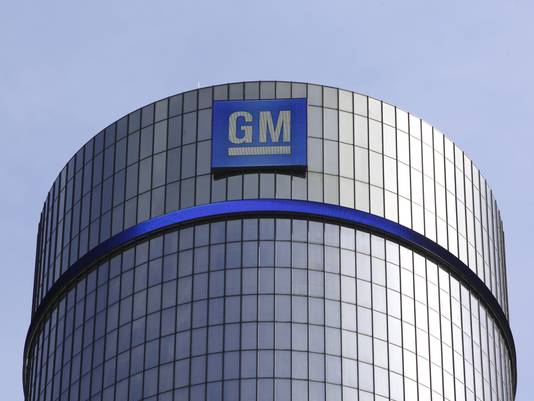 iNVEZZ.com Thursday, December 5: General Motors (NYSE:GM) is pulling the Chevrolet brand from Europe to focus on its expanding Opel and Vauxhall brands, in the latest effort by the U.S. automaker to incite a turnaround in its European operations.

The failure of the Chevy marque to build a sizeable market share in Europe as well as the difficult trading conditions on the continent were the main reasons behind GM’s latest decision. “We have growing confidence in the Opel and Vauxhall brands in Europe. We are focusing our resources in mainstream Europe,” vice chairman Stephen J. Girsky told journalists on Thursday.

Sales of Chevrolet cars in Europe have been stuck at around 200,000 since GM reintroduced the brand in 2005, mainly by offering rebadged Korean-made Daewoo cars. “The financial results have been unacceptable and the outlook is difficult” for Chevrolet in Europe, Girsky said.
Some of Chevrolet’s iconic models, such as the Corvette, will still be available in Europe, while the up-market Cadillac brand is even working on an expansion in the region. GM’s South Korean operations, which manufactured most of the Chevy vehicles, will focus on “driving profitability, managing costs and maximizing sales opportunities.”

GM expects the Chevy scaleback to result in net special charges of between $700 million and $1 billion (₤427-₤612 million), to be booked primarily in the fourth quarter of 2013 but also in the first quarter of 2014. Out of this amount about $300 million (₤183 million) will be non-cash expenses including asset impairments, severance-related costs and dealer restructuring.

**Hedge fund takes a stake in GM**
Hedge fund Hayman Capital has taken a stake in GM and is convinced the U.S. automaker’s shares could jump by more than 40 percent over the next 12-18 months after the U.S. Treasury sells its shares in the company.
“Detroit is back. And GM could lead the way forward on the equity front,” the Dallas-based fund has said in a presentation. “GM equity represents one of the most compelling risk/reward situations of any large cap in the world today.”

The US Treasury expects to sell the remaining 31.1 million GM shares by the end of this year, depending on market conditions, government officials said last month. “The U.S. government will be out of the way before the end of the year,” J. Kyle Bass, founder of Hayman Capital, opined yesterday in a telephone interview. “They’ve been a source of constant selling pressure in the equity this year.”
**GM to sell remaining stake in Ally Financial**
GM will sell the entirety of its remaining stake in former lending subsidiary Ally Financial, according to sources quoted by the Wall Street Journal. The automaker plans to sell its shares through a private placement valued at some $900 million (₤549 million). An official announcement is expected as early as next week.
Ally is one of the largest auto lenders in the U.S., providing financing primarily to GM and Chrysler Group dealers and their customers. Its subsidiaries include Ally bank – an online bank that has seen a surge in deposits in recent years on the back of higher interest rates and marketing campaigns.
The sale by GM would allow the carmaker to avoid a lockup of its shares if Ally decided to carry out a long-awaited initial public offering.
**As of Wednesday, December 4 buy GM shares at $38.80.**
**As of Wednesday, December 4 sell GM shares at $38.75.**