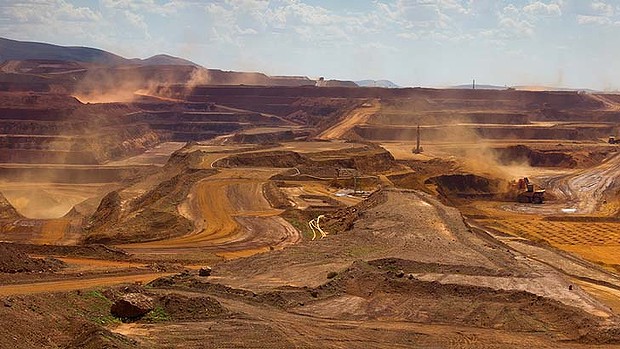 According to the corporate statement, Vale is considering selling a minority equity stake of between 15 percent and 25 percent in its global coal operations, including projects and mines in Australia and Mozambique. Downey said that the company doesn’t want “to chain ourselves to any number”, explaining that “what we’re trying to do is to unlock a lot of value we have in this business by bringing in joint-venture partners”.

Vale is also looking to offload its stake in an ailing Brazilian steel plant majority owned by German conglomerate ThyssenKrupp AG, although the timing is uncertain. Downey said that Vale already has confidentiality agreements with several prospective buyers and is also considering joint venture partners.
Vale’s share price was 1.27 percent higher at the close of trading in New York yesterday.

**As of Thursday, December 5, buy Vale shares at $15.00.**
**As of Thursday, December 5, sell Vale shares at $15.47.**
**Rare Earth Minerals shares jump on discovery**
Shares in Rare Earth Minerals (LON:RAM) rose 20 percent yesterday, putting it among the top AIM gainers, after the London-listed prospector reported a new discovery of lithium in Mexico.

The rare earth elements (REE) miner said that it had identified lithium-bearing clay areas stretching for about 25 miles.
Rare Earth Minerals also announced a joint venture with Bacanora Minerals to assess and develop the new prospect and increase its concessions at the site by over 1,880 percent, to 100,140 hectares (247,451 acres).
Chairman David Lenigas said: “REM now has a direct interest in a quarter of a million acres of high prospective ground for lithium and potentially other valuable metals.”

**As of 11:30 UTC, buy Rare Earth Minerals shares at 0.70p.**
**As of 11:30 UTC, sell Rare Earth Minerals shares at 0.67p.**
**Kibo Mining re-takes 100 percent of Tanzanian nickel scheme**
Following a strategic review of its Southern Africa exploration operations, Tanzania-focused Kibo Mining (LON:KIBO) has moved back to full ownership of its Haneti nickel project, after its joint venture partner Votorantim Metaís Participações opted out.
Kibo’s CEO Louis Coetzee said he expected to be able to report the laboratory results of exploration work at Haneti before the end of the year. “We look forward to advancing the project from here on,” he said.
Shares in Kibo Mining have fallen 2.15 percent so far today.
**As of 10:50 UTC, buy Kibo shares at 5.00p.**
**As of 10:50 UTC, sell Kibo shares at 4.50p.**