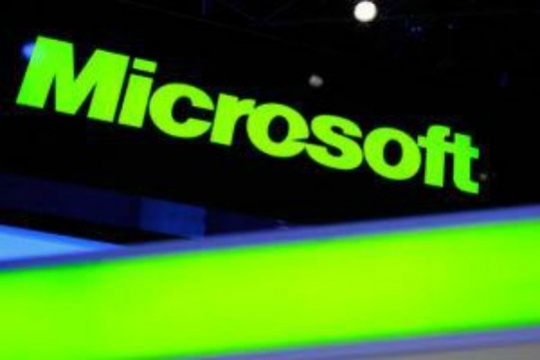 Bloomberg reported yesterday that Steve Mollenkopf, Chief Operating Officer of the semiconductor giant, is on a list of several candidates under serious consideration for the post. The newswire attributed the information to unnamed sources familiar with the matter.
In yesterday’s Nasdaq trading, Microsoft shares closed one percent down at $37.22.
**CEO search**

Microsoft’s board is looking to find a replacement for Ballmer, who said in August that he planned to retire within a year. Among the candidates under consideration are Microsoft executive Satya Nadella and Ford Motor Co’s (NYSE:F) CEO, and a friend of Ballmer, Alan Mulally. However, according to Bloomberg’s sources, Mulally’s candidacy has faded amid concerns about his lack of experience in the tech industry.

Lack of tech experience is not an issue in the case of Mollenkopf. He joined Qualcomm in 1994 as an engineer and since then has risen through the company’s ranks to head the chip business, QCT, in 2008. He acquired semiconductor maker Atheros for $3.1 billion in 2011, which remains Qualcomm’s largest acquisition to date.

On paper, Mollenkopf appears a good fit for Microsoft, and he would be more than qualified to help the company to strengthen its presence on the mobile market. Qualcomm is the dominant manufacturer of chips for mobile devices, and has been cited by Ballmer as one of the companies that has taken advantage of the shift to mobile computing.
Microsoft has been attempting to take a bigger slice of the growing market for mobile devices, but its efforts have been unsatisfactory so far. Windows is well behind the most popular mobile software platforms – Google’s (NASDAQ:GOOG) Android OS and Apple’s (NASDAQ:AAPL) iOS – while sales of Microsoft’s own Surface range of tablets have been disappointing.

In an attempt to bolster its mobile push, the Redmond-based company bought Nokia’s handset business earlier this year. The company is also in a process of a major reorganisation, launched by Ballmer in the summer in one of its last moves before announcing its plans to retire.
Spokespeople for both Microsoft and Qualcomm declined to comment on Mollenkopf’s potential candidacy.
**As of yesterday’s US close buy Microsoft shares at $37.40**
**As of yesterday’s US close sell Microsoft shares at $36.82**
Trade stocks with Hargreaves Lansdown from £5.95 per deal.
Prices can go up and down meaning you can get back less than you invest. This is not advice. Dealing services provided by Hargreaves Lansdown.