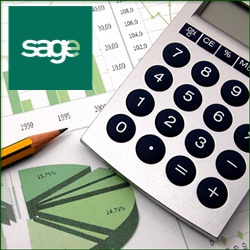 iNVEZZ.com, Friday, December: Sage Group Plc (LON:SGE) has appointed a new non-executive director to its board.

The FTSE 100’s only software company said in a statement earlier this week that Drummond Hall will join the Remuneration, Audit and Nomination Committees with effect from January 1, 2014.
Drummond was Chief Executive of UK dairy food company Dairy Crest Group (LON:DCG) from 2002 to 2006, prior to which his career was spent with consumer goods maker Procter and Gamble (NYSE:PG), as well as food and beverage giants Mars and PepsiCo (NYSE:PEP). He was also non-executive director of UK restaurant operator Mitchells & Butlers (LON:MAB) from July 2004 to January 2010, and chairman from June 2008 to November 2009. Currently, Drummond is the senior independent non-executive director of retail group WH Smith (LON:SMWH).

Commenting on the appointment, Sage’s chairman, Donald Brydon, said: “I am delighted that Drummond is joining the Sage Board at a time of forward momentum for The Sage Group. His extensive experience, particularly his broad-based marketing and corporate strategy expertise, will help drive the continued development of Sage.”
***Sage share price***

Sage Group, which is engaged in development, distribution and support of business management software, and related products and services for businesses, gained 1.76 percent during yesterday’s trading session. The stock has been steady so far today, trading 0.03 percent lower at 1,661.00p as of 13:22 UTC.

Over the past year, the company’s share price has increased by almost 26 percent. Sage has seen a major rise in its stock value since the beginning of this month, when the company raised its dividend by six percent and said it was on track to achieve its organic revenue growth target in 2015 (Sage’s share price climbs on 6% dividend boost). The upbeat announcement was made on December 4 and since then, Sage’s shares have surged almost 13 percent.

Sage had its price target increased by Jefferies Group from 380p to 420p in a research report sent to investors last week. The firm’s analysts currently have a ‘buy’ rating on the shares. The software group has been the subject of a number of other recent research reports. Analysts at Numis Securities have downgraded the stock to a ‘hold’ rating, while Canaccord Genuity raised its price target from 350p to 380p, reiterating a ‘hold’ rating. Analysts at Barclays have also raised their price target on Sage’s shares from 260p to 315p. They now have an ‘underweight’ rating on the stock.
According to AnalystRatingsNetwork data, eight research analysts have a ‘sell’ rating on Sage Group, 11 have it as a ‘hold’ and six call it a ‘buy’. The stock’s average rating is ‘hold’ with a consensus price target of 405.69p.
**As of 13:14 UTC, buy Sage shares at 391.90p.**
**As of 13:14 UTC, sell Sage shares at 391.60p.**
Trade stocks with Hargreaves Lansdown from £5.95 per deal.
Prices can go up and down meaning you can get back less than you invest. This is not advice. Dealing services provided by Hargreaves Lansdown.

I've worked within the banking & financial regulation industry for over 10 years. Now, I report on these sectors and offer my opinion on how it affects economies.
Related news
London stocks end lower as the U.S. reports a record increase in COVID-19 cases
3rd July, 19:27
Daimler to sell its Hambach factory as it commits to streamlining global production
3rd July, 18:21
Delivery Hero reports a 94% growth in orders in Q2 as COVID-19 restricts people to their homes
3rd July, 14:29
Intel Corporation to invest £203 million and get a 0.39% stake in Indian Jio Platforms
3rd July, 13:23
HSBC cites low returns as it discontinues its industrial metals business
3rd July, 12:14
Related market data
Invezz uses cookies to provide you with a great user experience. By using Invezz, you accept our privacy policy.