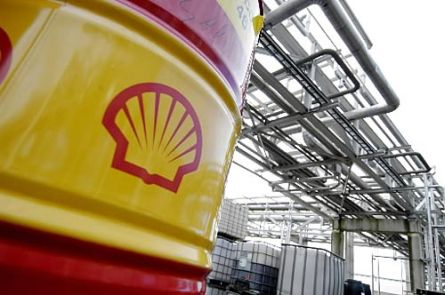 iNVEZZ.com, Friday, December 20: Shell US Gas & Power LLC, a unit of Royal Dutch Shell (LON:RDSA), and El Paso Pipeline Partners (NYSE:EPB), a subsidiary of Kinder Morgan (NYSE:KMI), yesterday announced they are moving ahead with a $500 million (£306 million) expansion of a jointly-owned LNG (liquefied natural gas) project. The project, which was first announced in January, includes the development of a jointly-owned natural gas liquefaction plant in two phases at Southern LNG Company’s existing Elba Island LNG Terminal, near Savannah, Georgia. The companies said they would turn the Elba Island LNG import terminal into one that could export gas in order to benefit from the abundant gas resources in the United States.

The previously announced first phase of the project includes the development of six liquefaction units that will provide approximately 210 million cubic feet per day of export capacity as of the end of 2016 or early 2017. Under the now announced second phase of the project, another two liquefaction units will be built which will provide additional capacity of between 70 million and 140 million cubic feet of LNG per day and are expected to be in service during 2017-2018. The project will use Shell’s small-scale liquefaction units, which will be integrated with the existing Elba Island facility and enable rapid construction compared to traditional large-scale plants. If the companies choose to proceed with the maximum volume for the second phase, the Elba liquefaction plant will have a total capacity of about 350 million cubic feet of LNG per day, equal to some 2.5 million tonnes of LNG per year.

“We are pleased that this liquefaction project, which will cost approximately $1.5 billion at full development, continues to advance,” Kimberly S. Watson, president, Natural Gas Pipelines East Region for Kinder Morgan, said in a statement.
The expansion plans for Elba Island are still under review by the Federal Energy Regulatory Commission (FERC), and site construction will start upon receipt of the necessary permit.

EPB’s Southern Liquefaction Company unit owns 51 percent of Elba Liquefaction Company, which is developing the project, while Shell owns the remaining 49 percent and will subscribe to 100 percent of the plant’s liquefaction capacity.
Shell’s share price rose 0.8 percent to 2,125.5p as of 13:36 UTC, compared to a 0.2 percent gain in the blue chip FTSE 100 index.
**As of 13:25 UTC buy Shell shares at 2,125.50p.**
**As of 13:25 UTC sell Shell shares at 2,125.00p.**
Trade stocks with Hargreaves Lansdown from £5.95 per deal.
Prices can go up and down meaning you can get back less than you invest. This is not advice. Dealing services provided by Hargreaves Lansdown.