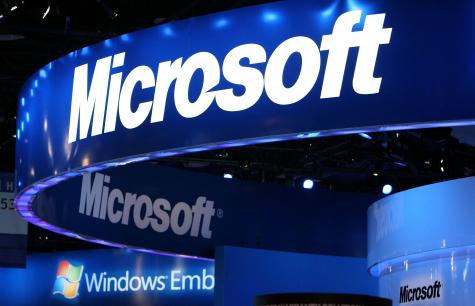 iNVEZZ.com, Wednesday, January 8: Ford Motor Co’s (NYSE:F) Chief Executive Officer Alan Mulally yesterday said that he will not leave his current post to take over at Microsoft Corp (NASDAQ:MSFT). In an interview with the Associated Press (AP), Mulally said that he wanted to end the Microsoft speculation because he had “no plans to do anything other than serve Ford”. He told the AP that he will stay at Ford at least until the end of the year. The comments were confirmed by Ford spokesman Jay Cooney.

Mulally was said to be one to be on a shortlist of candidates under consideration to succeed Steve Ballmer as CEO of Microsoft after Ballmer announced in August his plan to retire.
The Ford CEO was understood to be a popular choice with some Microsoft investors who believed that he could bring a fresh perspective to the software giant. Meanwhile, critics of Mulally’s candidacy raised concerns over his lack of experience in the tech industry.

Yesterday’s comments effectively puts Mulally out of the running for the top job at Microsoft, although it wasn’t immediately clear whether he removed himself from contention, or whether the Microsoft board was not interested in his candidacy. Reuters cited two unnamed sources familiar with the matter, who said that the Ford CEO was no longer under consideration for the top job at the Redmond-based company.

Mulally’s withdrawal follows that of another reported candidate – Qualcomm Inc’s (NASDAQ:QCOM) Steve Mollenkopf. In mid-December, Mollenkopf was reported to be under consideration for the Microsoft job, but the possibility of him running the company disappeared after the chipmaker promoted him to CEO just a day after the reports (Qualcomm share price: Chipmaker appoints Steve Mollenkopf as CEO).

The search for a CEO at Microsoft continues. The company said in December that it hopes to find a successor for Ballmer early this year. According to previous media reports based on inside sources, the company’s board has narrowed the list down to a “handful” of candidates, including former Nokia CEO Stephen Elop, insiders Satya Nadella and Tony Bates, as well as one or more outsiders from the tech industry.
A Microsoft spokesman commented yesterday: “Out of respect for the process and the potential candidates we don’t comment on individual names.”
**As of 11:07 UTC buy Microsoft shares at S36.29**
**As of 11:07 UTC sell Microsoft shares at $36.11**
Trade stocks with Hargreaves Lansdown from £5.95 per deal.
Prices can go up and down meaning you can get back less than you invest. This is not advice. Dealing services provided by Hargreaves Lansdown.