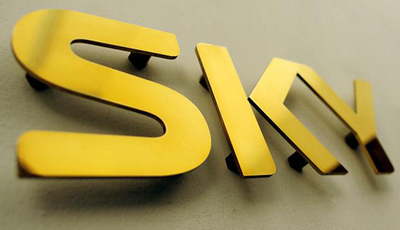 In today’s trading, BSkyB shares were up 1.1 percent at 933p as of 13:10 UTC. The company’s stock has gained 10.5 percent so far this year.
**Malone – Murdoch clash**
A tie-up between BSkyB and Discovery to bid for Channel 5’s ad unit would bring together John Malone and Rupert Murdoch, who, the FT notes, are not particularly fond of each other. The two media tycoons clashed in 2006, when Malone covertly built up an 18-percent stake in Murdoch’s News Corp, the biggest shareholder in BSkyB with a 39.1 percent holding. Malone then exchanged the stake in News Corp for the controlling stake in DirecTV, the US satellite business. Malone’s current shareholding in Discovery Communications gives him voting rights of almost 30 percent.

However, any tension between the two tycoons hasn’t migrated to BSkyB and Discovery, with the two broadcasters having long had a successful relationship. BSkyB has carried several Discovery channels on its pay-TV service, including Animal Planet and TLC.

Discovery’s interest in Chanel 5 comes as it is expanding its European business – last month the company spent £345 million increasing its holding in sports channel Eurosport, the FT noted.

Bidders
The talk about a potential partnership between BSkyB and Discovery comes as Richard Desmond attempts to sell Channel 5, which he acquired in 2010 for £103.5 million. Earlier this month, Desmond said that he would accept bids for the broadcaster of Big Brother in the UK until this Thursday, looking to raise £700 million through the sale. However, according to the FT it’s unclear whether bidders would meet the newly-proposed valuation for the channel.

BSkyB and Discovery are just two of the potential bidders. Others thought to have interest in acquiring the channel are telecom giant BT, which last year launched TV sports service BT Sport, and Saban Capital, the investment firm that owns the largest Spanish-language broadcaster Univision. According to insiders cited by the FT, Saban wants to explore the possibility of merging Channel 5 with the UK’s Channel 4.