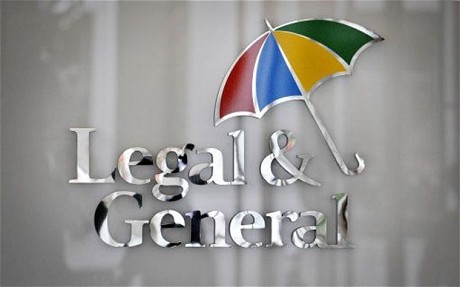 Legal & General’s share price, which has surged more than 50 percent over the past year, closed 1.48 percent higher at 240.50p in London yesterday.
**L&G unveils upbeat set of results**
Legal & General said today in a statement that its profit before tax had climbed ten percent to £1.134 billion last year, while profit after tax had surged 12 percent to £896 million. The group’s earnings per share rose ten percent year-on-year to 15.20p and the full-year dividend was increased 22 percent to 9.30p.

Commenting on the results, Legal & General chief executive Nigel Wilson noted that the group’s business had continued to perform strongly in the first two months of the current year but warned that there was “inherent uncertainty as the ‘monetary methadone’ of QE is withdrawn, and the possibility of further ‘butterfly-wing’ effects for emerging markets and the Eurozone”.

**International expansion**
The group noted that its Legal & General Investment Management (LGIM) unit had accelerated its international expansion last year. In order to boost the unit’s international capability, Legal & General last month agreed to acquire the business of US-based Global Index Advisors, Inc (GIA) for up to $50.4 million (£30.2 million). (Legal & General share price rises as group buys US investment business) The acquisition of the GIA business is expected to strengthen the group’s presence in the US defined contribution (DC) market with GIA said to be among the top five US providers of target date funds.