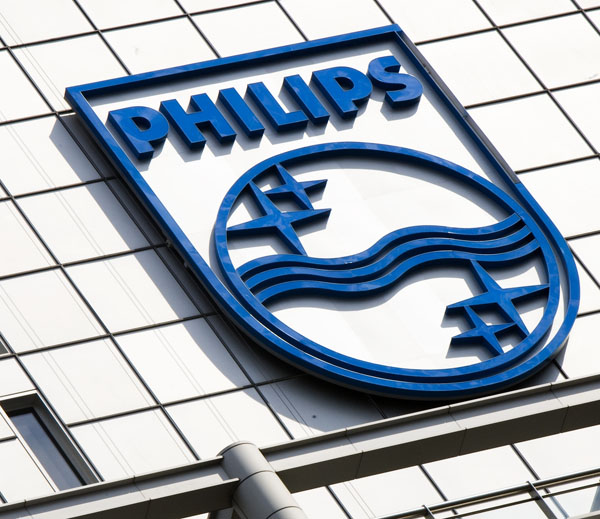 Adjusted EBITA amounted to EUR368m, 8% below our forecast of EUR402m and 12% below consensus of EUR420m. The miss was largely due to weaker-than-expected margins in healthcare (lower volumes, currency headwinds, production suspension) and to a lesser extent in lighting. Group adjusted EBITA margin dropped by 70bps to 7.3%. In addition to the impact from the weak sales growth and currency headwinds, margins were affected by higher growth and Accelerate! investments at IG&S. Incremental cost savings in Q1 amounted to only EUR22m, but are likely to accelerate later this year given the year-end target of EUR1.25bn.

**More cautious outlook for 2014**
While management remains committed to its 2016 financial targets, 2014 will be a challenging year. Management had previously stated that 2014 would see a modest step towards the 2016 targets, but this statement was not repeated. As for healthcare, the EUR60-70m impact from the production suspension in Cleveland, Ohio, was previously expected to be largely recovered in H2, but is no longer the case due to currency and market headwinds. Consensus for 2014 to come down While management remains committed to the 11-12% margin target for 2016, forecasts for 2014 are to come down. Following 0.2% comparable sales growth and 70bps margin erosion in Q1, consensus for 2014 (4.4% growth, 50bps margin expansion) now looks far too optimistic. Taking into account that forecasts will come down, we don’t think valuation is particularly attractive and we fail to see a catalyst for the shares.
[+] source: Kepler Cheuvreux