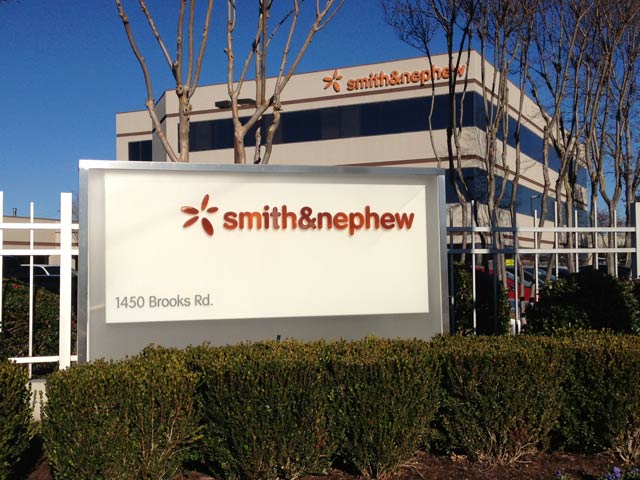 Written by:
Alice Young
28th May 2014
Updated: 9th April 2020
Are you looking for fast-news, hot-tips and market analysis? Sign-up for the Invezz newsletter, today.

iNVEZZ.com, Wednesday, May 28: US orthopaedic implant maker Stryker Corp (NYSE:SYK) has no plans to bid for UK rival Smith & Nephew (LON:SN), the Michigan-based company has said. The statement came after a report in the Financial Times sent Smith & Nephew’s share price soaring in London trading this afternoon.

**Stryker denies plans to bid for Smith & Nephew**
Stryker confirmed in a statement to the London Stock Exchange this afternoon that it was not preparing a takeover bid for Smith & Nephew.
“At the request of the UK Takeover Panel, Stryker confirms that it does not intend to make an offer for Smith & Nephew,” Stryker said in the statement.
Smith & Nephew’s share price soared more than 11 percent today after a report in the FT suggested that Stryker was preparing a bid for the UK artificial hips and knees maker, noting that the potential offer would be above the group’s stock market value. Smith & Nephew’s shares quickly gave up most of their gains after the US group denied the speculation and are currently trading 2.89 percent higher at 980.50p.

Smith & Nephew is a frequent target of takeover speculation amid ongoing consolidation amongst orthopaedic companies. Reuters has quoted unidentified sources familiar with the matter as saying that Johnson & Johnson (NYSE:JNJ) had approached the UK group in 2010 with a possible offer. Smith & Nephew itself earlier this year agreed to acquire US medical device company ArthroCare for about $1.7 billion (£1 billion). (Smith & Nephew share price: Company to acquire ArthroCare for $1.7bn)