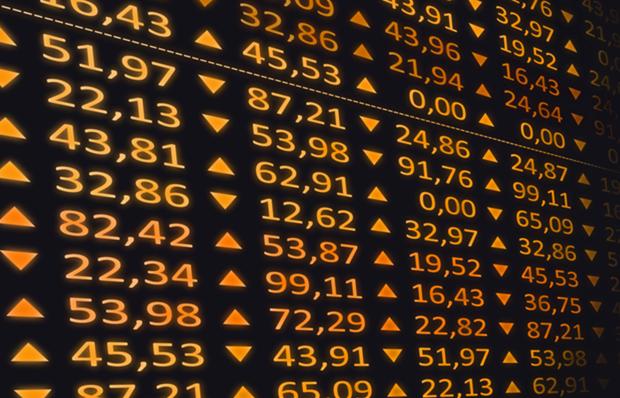 Written by:
Alice Young
30th May 2014
Updated: 9th April 2020
Are you looking for fast-news, hot-tips and market analysis? Sign-up for the Invezz newsletter, today.

iNVEZZ.com, Friday, May 30: The UK benchmark index has slipped into the red today, dragged down by a drop in miners, pressured by concerns over China’s economy and weak iron ore prices.

Shares in Smith & Nephew (LON:SN) have continued their recent rally, finding support in takeover speculation.
**Miners weigh on Footsie**
As of 12:26 BST, the FTSE 100 had lost 12.47 points to be 0.18 percent lower at 6,858.82. Mining stocks have been sold off with concerns emerging ahead of the release of China’s official manufacturing purchasing managers’ index due out over the weekend.

Reuters quoted Beaufort Securities sales trader Basil Petrides as saying that weak iron ore prices would also weigh on the mining sector.
“I’m a seller of the miners on rallies,” Petrides noted. “There’s a huge global glut of iron ore in the market.”
Anglo American (LON:AAL) and Rio Tinto (LON:RIO) have posted the most notable losses in the sector, with Anglo American’s share price having shed 3.33 percent to 1,493.50p so far today and Rio Tinto’s shares currently trading 2.76 percent lower at 3,100.50p.

Despite today’s drop, the Footsie remains on track for a gain this month. The index, which is about two percent up since the start of 2014, however, has failed to breach the 6,900-point level.
JNF Capital trader Rick Jones told Reuters that a recent slowdown in trade direction had “created a choppy sideways market, and the FTSE seems to be losing momentum”.

Artificial hips and knees maker Smith & Nephew is again among the top Footsie risers. Bloomberg reported that UBS AG had added the stock to a list of companies to watch for mergers-and-acquisitions activity.

Shares in Smith & Nephew have soared this week after the Financial Times reported that Michigan-based orthopaedic implant maker Stryker Corp (NYSE:SYK) was considering a bid for its UK rival. While the US group was forced to confirm that it was not currently planning an offer, Stryker’s chief executive yesterday admitted to Fox Business that his company had previously been evaluating a bid. (Smith & Nephew share price rises as Stryker CEO confirms interest) Smith & Nephew’s share price currently stands 3.11 percent higher at 1,061.00p.
Shares in InterContinental Hotels Group (LON:IHG), another FTSE 100 target of takeover speculation, are also trading in positive territory. A top shareholder in the company yesterday urged InterContinental’s board to consider a merger with a US rival following media reports that the owner of Holiday Inn had snubbed a £6 billion approach. (InterContinental share price: Hedge fund urges group to look at merger) InterContinental’s share price has gained 0.17 percent to 2,335.00p.
**The FTSE 100 was 0.19 percent down at 6,857.94 points as of 13:07 BST on May 30, 2014.**