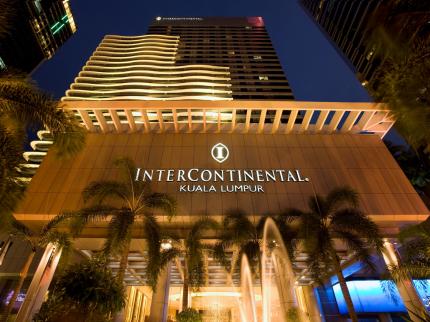 iNVEZZ.com, Friday, May 30: A top shareholder in InterContinental Hotels Group (LON:IHG) has urged the hospitality group to consider a merger with a rival following media reports that the owner of Holiday Inn had rebuffed a £6 billion approach from a mystery US suitor.

InterContinental’s share price has lost about 0.3 percent so far this morning.
**Marcato urges IHG to consider tie-up**
San Francisco-based Marcato Capital Management, which owns 3.8 percent in InterContinental, said yesterday in a statement that it believed that “a combination with a larger hotel operator would have compelling strategic and financial merit”.

“We strongly encourage Intercontinental Hotels Group’s Board of Directors to explore such a combination,” Marcato’s founder and managing director Mick McGuire noted in the statement.
The Financial Times yesterday quoted unnamed sources with knowledge of the matter as saying that Marcato was a “relatively new” shareholder in the UK group and had given InterContinental’s management just a few minutes’ notice before releasing its statement.

Marcato’s comments were prompted by media reports which suggested that InterContinental had turned down a £6 billion approach from an unidentified US rival in recent weeks because the offer was deemed too low by the hospitality group’s board. (InterContinental share price: Group rejects takeover bid) Analysts have suggested that Starwood Hotels & Resorts Worldwide Inc (NYSE:HOT), which owns the Sheraton and Westin brands, could be the mystery suitor.

Reuters quoted analysts as explaining that IHG’s recent share repurchases suggested that the group was not involved in any active bid talks. The hospitality group earlier this month said that it would return $750 million (£444 million) to shareholders by way of a special dividend with share consolidation. InterContinental’s steady policy of giving cash back via share buybacks and regular and special dividends has seen the company return about $10 billion to shareholders over the past decade.

**Takeover targets**
InterContinental Hotels is one of the two FTSE 100 companies to come into the bid spotlight this week. Yesterday, the chief executive of US orthopaedic implant maker Stryker Corp (NYSE:SYK) admitted to Fox Business that his company had been evaluating a bid for Smith & Nephew (LON:SN). (Smith & Nephew share price rises as Stryker CEO confirms interest)

Stryker however was forced earlier this week to confirm that it did not intend to approach its UK rival with a takeover offer after a report in the Financial Times about the potential bid sent Smith & Nephew’s shares soaring in London trading. (Smith & Nephew share price: Stryker denies bid speculation)
Both the InterContinental Hotels and Smith & Nephew takeover talks come hot on the heels of Pfizer Inc’s (NYSE:PFE) unsuccessful attempts to acquire London-listed AstraZeneca (LON:AZN). The US pharma group’s final offer, rejected by AstraZeneca’s board last week, expired on Monday. (Pfizer drops takeover bid for AstraZeneca)
**As of 09:13 BST, buy InterContinental shares at 2323.00p.**
**As of 09:13 BST, sell InterContinental shares at 2321.00p.**