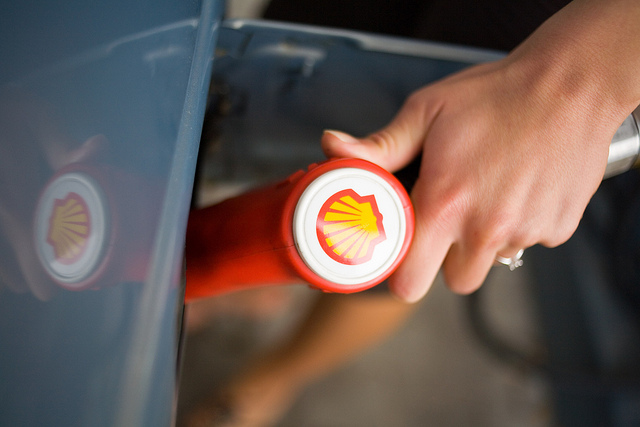 iNVEZZ.com, Wednesday, October 22: Royal Dutch Shell Plc (LON:RDSA) has inked agreements to sell all of the Nigerian oil assets it put up for sale last year, the Wall Street Journal has reported. The Anglo-Dutch energy major has been looking to trim exposure to the West African country where its operations have been plagued by frequent oil theft.

In a separate development, the group today announced a deepwater gas discovery offshore Gabon.
Shell’s share price has been little changed in London trading this morning, having added 0.18 percent to 2,167.50p as of 09:21 BST.
**Nigerian assets sale**
The WSJ yesterday quoted a Shell spokesman as saying that the company had signed an agreement, together with its partners Total SA (EPA:FP) and Eni SpA (BIT:ENI), to sell a 45 percent stake in Oil Mining Lease 18 to a consortium including Canadian group Mart Resources Inc (TSE:MMT).

The Toronto-listed company confirmed the deal in a separate statement, noting that the consortium members would acquire the interest in the oil mining lease, as well as all associated assets, wells, pipelines and infrastructure. The companies have not disclosed the financial details of the transaction. Mart also noted that the remaining 55 percent participating interest in the operations would be retained by Nigeria’s state-owned oil company.

Shell said in a statement to the WSJ that it had also made a sale and purchase agreement for the Nembe Creek Trunk Line which carries 150,000 barrels of oil a day, with the sales process yet to conclude. The pipeline was replaced in December 2010 at a cost of $1.1 billion (£684 million) but has been repeatedly targeted by crude thieves.
The newspaper quoted unidentified sources familiar with the matter as reporting that the Anglo-Dutch group had also agreed to sell another Nigerian oil block and an associated pipeline, to a consortium comprised of three upstart local firms Taleveras Group, Aiteo Energy and Tempo Energy for more than $2.5 billion (£1.6 billion).

The well, located about 145 kilometres off the Gabonese coast, was drilled 2,110 metres deep to a total vertical depth of 5,063 metres. Shell and its partner in the venture, China’s CNOOC Limited (HKG:0883), are planning to undertake an appraisal programme to further determine the resource volumes.
Andy Brown, Shell’s Upstream International Director, commented in the statement that the discovery was “a testament to the innovation of our explorers in pursuing new plays, and application of our global sub-surface expertise”.
Shell has brought several deepwater projects online this year, the most recent being a deepwater platform offshore Malaysia. ()
**As of 09:30 BST, buy Shell shares at 2159.50p.**
**As of 09:30 BST, sell Shell shares at 2158.50p.**