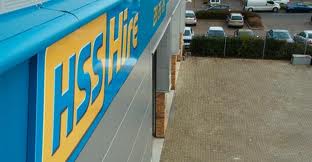 HSS Hire Group has beefed up its board with the appointment of three new directors ahead of the company’s initial public offering (IPO). Britain’s second-largest provider of tools and equipment by revenues after FTSE 100 rival Ashtead (LON:AHT) on Monday revealed plans to float on the London Stock Exchange’s main market next month to reduce its debt and tap into the growing demand in construction markets (HSS Hire IPO plans revealed).


As of 27 September 2014, HSS operated from over 265 locations, serviced by a delivery fleet of over 400 commercial vehicles and approximately 2,900 staff. The company has more than 35,000 customers ranging from large, blue-chip companies to smaller, local businesses across a range of sectors. While rival Ashstead relies on the US for much of its growth HSS is focused mostly on the UK and Ireland.

With its stock market debut, the company is looking to capitalise on its position as “a leading player in a growing market with attractive structural growth characteristics”. A successful float would also mark a turnaround of a business which has changed private equity hands and been forced to restructure its debt during the recession as the property crash weakened sales of power tools and DIY products.