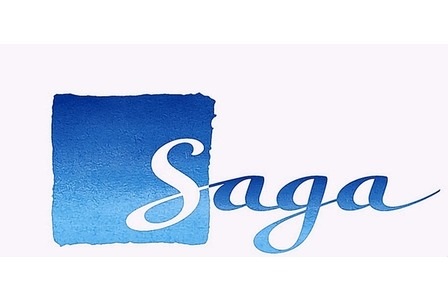 The private equity owners of Saga Plc (LON:SAGA), the insurer for the over-50s which floated on the London Stock Exchange in May last year, have agreed to offload about four percent in the group via a placing of shares.

Saga’s share price has advanced marginally in today’s trading, having added 0.25 percent to 185.46p as of 10:13 GMT. The shares are currently trading marginally above the float price of 185p and are slightly outperforming the mid-cap FTSE 250 index which has lost 0.03 percent to 17,183.13 points.
Saga announced in a regulatory filing this morning that its majority shareholder Acromas, owned by private equity groups CVC, Charterhouse and Permira, had agreed to sell 45 million ordinary shares in the lifestyle group, equivalent to about four percent. The company explained that the move was “in response to an inbound enquiry from an institutional investor”.

Following the sale, Saga’s private equity owners would retain about 68 percent of the insurer’s existing issued ordinary share capital. The share placing was handled by Bank of America Merrill Lynch.
Acromas offloaded the shares at 185p per share, matching Saga’s float price, set at the bottom of the group’s guidance. The insurer’s shares, however, have failed to take off and have been trading close to the IPO price over the past year.

The Financial Times notes that as of February 14, the consensus forecast amongst six polled investment analysts covering Saga has it that the company will outperform the market. The six analysts offering 12-month price targets for the mid-cap insurer have a median target of 188.50p, with a high estimate of 205.00p and a low of 165.00p. The average target represents a 1.89 percent increase from the float price of 185p.
As of 10:35 GMT, Thursday, 26 February, Saga PLC share price is 186.20p.

Michael is a freelance writer with years of experience writing about financial products. During his time reporting for Invezz, Michael focused on the real estate and stock markets.
Related news
Goldman Sachs tops analysts’ estimates for earnings and revenue in the fiscal second quarter
15th July, 13:24
UnitedHealth Group says its net income more than doubled in the fiscal second quarter
15th July, 12:17
Dixons Carphone reports a 50% decline in annual profit due to COVID-19 restrictions
15th July, 11:26
McCarthy & Stone swings to a loss as COVID-19 weighs on housing transactions in H1
15th July, 10:14
Burberry blames COVID-19 as comparable sales decline by 45% in the first quarter
15th July, 09:41
Related market data
Invezz uses cookies to provide you with a great user experience. By using Invezz, you accept our privacy policy.