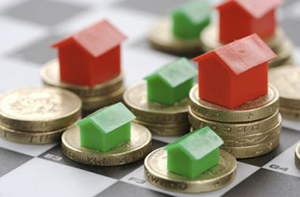 Real estate crowdfunding is expected to soar over two and a half times this year to $2.57 billion (£1.67 billion) worldwide. According to Massolution, a leading crowdsourcing and crowdfunding solutions research firm, the number of crowdfunded projects is set for rapid expansion, as more people become comfortable with the investing model.

The LA-based industry researcher said in a report from yesterday that property crowdfunding, which generates financing through the online pooling of capital from a large number of investors, is likely due to continue its rapid climb from $1.01 billion last year and $396.4 million in 2013. The firm expects mass financing for property projects to soar 150 percent in 2015, making it one of the fastest-growing industry segments of crowd capitalism.

Massolution founder and chief executive Carl Esposti writes as part of the release: “The intersection of real estate and crowdfunding is enabling a huge leap within the industry away from the old property syndication model to new intermediate marketplaces, further proliferating this model around the world”.

In 2014, North America was the region that spent the most on crowdfunded projects based on a market share of funding volume at 56 percent, followed by Europe at 42 percent. Massolution forecasts that North America will keep hold of its top spot over the course of this year, with US commercial and industrial property crowdfunding expected to soar 250 percent, while real estate crowdfunding in Europe is expected to break through the $1 billion threshold.

According to Steven Cinelli, senior fellow for Massolution research, alternative platforms for financing “are here to stay and are starting to nibble away, albeit limitedly, at the regulated banking segment”. Cinelli claims crowdfunding “affords users and providers of new capital options. And with enabled technology and scale, such platforms will even offer traditional banks new ways to enhance their existing client relationships through partnering.”

Anthony worked for a number of years as head of sales and marketing for stock broker companies with extensive experience in shares & currency investment both in the UK and abroad. He also has his own real estate investment portfolio.
Related news
Workspace Group says customer enquiries increased sharply in June
9th July, 11:35
Blackstone wants to own facilities where TV and films are produced
29th June, 19:52
Rightmove warns of another £17 million to £20 million hit to its revenue due to COVID-19
23rd June, 11:29
Intu Properties names KPMG as administrator if it fails to strike a debt standstill deal with creditors
23rd June, 10:17
Capco invests £436 million to purchase Hong Kong tycoon’s 20.9% stake in Shaftesbury
1st June, 09:31
Invezz uses cookies to provide you with a great user experience. By using Invezz, you accept our privacy policy.