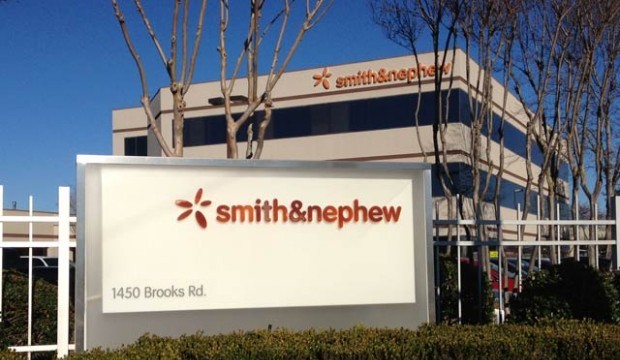 Smith & Nephew’s share price has been little changed in today’s session, having shed 0.18 percent to 1,129.00p as of 09:34 GMT. The shares have trimmed yesterday’s losses, with the company posting a hefty drop after former suitor Stryker (NYSE:SYK) announced a $2 billion share buyback programme.
The FTSE 100 company announced in a statement yesterday that it had acquired EuroCiencia Colombia which has been Smith & Nephew’s sole distributor for orthopaedic reconstruction, trauma and sports medicine products in Colombia since 2006. The UK medical devices maker noted that the move was part of its strategy to boost organic growth through acquisitions and followed similar transactions in Brazil, Turkey and India. The company, however, did not disclose the financial terms of the deal.

In a separate development, US implants maker Stryker yesterday authorised a $2 billion share buyback programme, with the news sending Smith & Nephew’s share price plunging more than five percent in afternoon trade. Last year, the US group’s chief executive admitted that his company had been evaluating a bid for the London-listed artificial hips and knees maker.

The Telegraph quoted Glenn Novarro, an analyst at RBC Capital Markets, as telling clients that the probability of a takeover of Smith & Nephew by Stryker had been ‘diminished’ by the buyback.
As of February 28, the consensus forecast amongst 26 polled investment analysts covering Smith & Nephew for the Financial Times has it that the company will outperform the market. Analyst Ratings Network notes that the blue-chip group currently has a consensus ‘hold’ rating and an average price target of 1,112p.
As of 10:33 GMT, Wednesday, 04 March, Smith & Nephew plc share price is 1,136.50p.