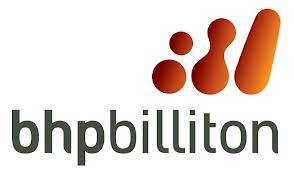 An Australian senator has called for an inquiry into suspected corruption at top companies including miner BHP Billiton (LON:BLT). Labor Senator Sam Dastyari said yesterday that the proposed investigation — which will also target contractor Leighton Holdings among other Australia-based corporations — will relate to “allegations BHP attempted to bribe Chinese officials” as part of its sponsorship of the Beijing Olympics in 2008.

Dastyari’s call for an inquiry reflects his frustration with the lack of any enforcement action in the matter by the Australian police. “Australia urgently needs to reform both its legislative framework and its approach to enforcement,” he said.
BHP released a statement in response to the senator’s comments, confirming the company became aware of issues when contacted by US authorities in 2009. “Following that request, the group commenced an internal investigation and disclosed to relevant authorities evidence that it has uncovered regarding possible violations of applicable anti-corruption laws involving interactions with government officials,” BHP added.

The US Securities and Exchange Commission (SEC) sought information from BHP in 2009 mainly related to hospitality the company provided around the 2008 Beijing Olympics and exploration and development efforts which the group had previously terminated. The case remains unsolved, with the Australian police force poised to begin its own inquiry once US authorities take action.
BHP Billiton’s share price closed yesterday’s trading session 0.22 percent higher at 1,577.00p. According to the Financial Times, as at 4 March 2015, the consensus forecast amongst 32 polled investment analysts has it that the company will outperform the market.

Tsveta van Son is part of Invezz’s journalist team. She has a BA degree in European Studies and a MA degree in Nordic Studies from Sofia University and has also attended the University of Iceland. While she covers a variety of investment news, she is particularly interested in developments in the field of renewable energy.
Related news
BASF swings to £785.65 million of net loss in the second quarter
11th July, 12:03
UK shares recover on Friday after three consecutive days of losses
10th July, 18:58
Honda Motor to get a 1% stake in China’s EV battery manufacturer CATL
10th July, 15:39
United Airlines strikes a tentative deal with its pilots’ union on voluntary furloughs & early retirement
10th July, 14:22
Danish brewer Carlsberg says its H1 operating profit will be stronger than expected
10th July, 13:36
Invezz uses cookies to provide you with a great user experience. By using Invezz, you accept our privacy policy.