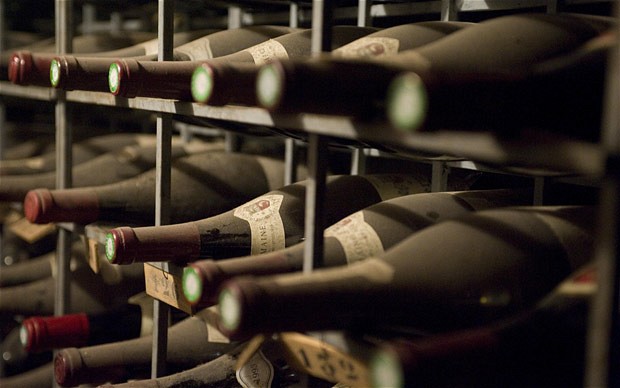 Two years ago, iNVEZZ took a look at fine wine as an investment product (Investing In Wine – Exercise Caution Ahead) which concluded that, unless you have a high level of expertise – that you know your Chateauneuf du Pape’s from your Lafite Rothschild’s as it were, you’re probably well advised to stick to drinking rather than investing in wine.
More recently, it’s been suggested that perhaps we took a dimmer view than warranted of wine as an investment class. Also, that it’s not necessary to be a Robert Parker or other guru to take a stake in wine, so long as you’re being guided by someone who does have that kind of expertise. For example, a wine investment fund. So we decided to let an operator in that market have its say and to put across the case for investing in wine.

The Wine Investment Fund (TWIF), which is registered in Bermuda but operates out of central London, launched 10 years ago, in 2003, so can fairly claim to have established a track record. It’s one of several funds which accept deposits from authorised investors (more on that topic below) and pools the money in a fund which then invests in fine wines with the objective of increasing the value of the investment over its life – in TWIF’s case, five years per tranche.
We invited TWIF to consider and respond to a number of questions and concerns we posed about investing in wine and about TWIF’s investment product in particular. The invitation was readily taken up and the responses promptly provided, authored by co-founder and playing through director Andrew della Casa. We were also provided with the information memorandum for TWIF’s most recent tranche, dubbed 2012(4), its general info sheet on fine wine investment and its forecast for 2013.

Frank is a native New Zealander with a wealth of experience. A lawyer by background Frank was commercial law partner in an established New Zealand law-firm for 10 years. He has practised commercial law and legal/business consultancy services in both his homeland and in Europe where he is currently based. Now an integral part of iNVEZZ's journalist team Frank has a particular interest in agricultural law and business as well as real estate and mergers-aquisitions, stemming from his legal consultancy background.
Related news
Goldman Sachs tops analysts’ estimates for earnings and revenue in the fiscal second quarter
15th July, 13:24
UnitedHealth Group says its net income more than doubled in the fiscal second quarter
15th July, 12:17
Dixons Carphone reports a 50% decline in annual profit due to COVID-19 restrictions
15th July, 11:26
McCarthy & Stone swings to a loss as COVID-19 weighs on housing transactions in H1
15th July, 10:14
Burberry blames COVID-19 as comparable sales decline by 45% in the first quarter
15th July, 09:41
Invezz uses cookies to provide you with a great user experience. By using Invezz, you accept our privacy policy.