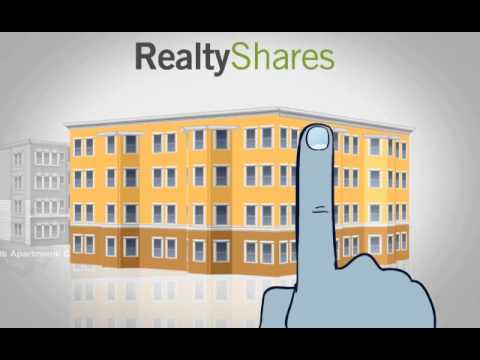 The global real estate market is now buzzing with hundreds of worldwide crowdfunding platforms specialising in real estate investment having come online in recent years. RealtyShares is but one of these many real estate crowdfunding sites and has been operating for just over one year. Since its introduction to the world of crowdfunding, RealtyShares has funded investments in a plethora of residential and commercial properties, valued at over $300 million.

Based in San Francisco, California, RealtyShares aims to assist accredited speculators in finding opportunities for investment. To be considered an accredited investor in the US, an individual must have a net worth of at least $1 million, not including the value of their primary residence, or they must have a proven income of at least $200,000 each year for the past two years.
Following a successful first year in business, the company announced on Tuesday that they have raised a $10 million Series A round of financing, led by Menlo Ventures and backed by previous investor General Catalyst Partners (GCP). Along with the new funding, Menlo Ventures general partner John Jarve will join the RealtyShares board.
So what prompted Menlo Ventures to invest in a property crowdfunding company?
“We believe real estate investing will become one of the largest and fastest growing sectors in the crowdfunding and P2P lending space. RealtyShares is an early leader in this space and showcases multiple characteristics that define success”, a quote from the company website stated.
Buyers looking to involve themselves in the property crowdfunding game via RealtyShares have the option of investing $5,000 or more in any single project. Furthermore, investors can engage in portfolio diversification by splitting their funds across several listings, which provides greater possibility of returns while minimising risk. Although it varies from project to project, one can expect returns of between 8 percent and 20 percent. RealtyShares founder and CEO Nav Athwal claims that the company has already paid out $2 million in capital to its investors.
With the funding from Menlo Ventures, RealtyShares intends to hire more underwriters and streamline its internal procedures in order to vet applications in a quicker and more effective way. The company currently receives an average of 1,000 applications a month from borrowers seeking capital, a vast increase on the 300 average recorded at the end of last year – a clear sign that the company is making a name for itself in the world of property crowdfunding.

Michael is a freelance writer with years of experience writing about financial products. During his time reporting for Invezz, Michael focused on the real estate and stock markets.
Related news
Blackstone wants to own facilities where TV and films are produced
29th June, 19:52
Rightmove warns of another £17 million to £20 million hit to its revenue due to COVID-19
23rd June, 11:29
Intu Properties names KPMG as administrator if it fails to strike a debt standstill deal with creditors
23rd June, 10:17
Capco invests £436 million to purchase Hong Kong tycoon’s 20.9% stake in Shaftesbury
1st June, 09:31
Intu Properties seeks standstill agreements with creditors to avoid default
18th May, 10:48
Invezz uses cookies to provide you with a great user experience. By using Invezz, you accept our privacy policy.