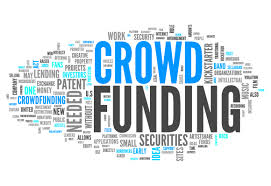 Despite being introduced back in 2003 by still-running platform ArtistShare, crowdfunding only truly began to rise in prominence in 2010, when the new crowdfunded platforms raised $89 million for various projects. Since then, the increase in the level of capital invested through crowdfunding platforms has soared, totalling $16.2 billion worldwide in 2014 alone, according to research firm, Massolution. This marked a growth of 167 percent year on year. Furthermore, reports suggest that 2015 will see the monetary figure double, to a staggering $34.4 billion.

The crowdfunded field of business and entrepreneurship saw the biggest growth last year, with funds raised in the area reaching just under $7 billion. This is a stark contrast to 2012, when social causes outranked all other categories of crowdfunding platforms in terms of funds raised.
Asia has seen the strongest growth as countries there begin to embrace crowdfunding as a credible monetisation method for new businesses, raising $3.4 billion in 2014, a 320 percent increase on the previous year. This puts Asia into second place, ahead of Europe with $3.26 billion. Significantly, North America exceeded both continents combined, with total funds raised in 2014 totalling $9.4 billion. However, things looks set to change this year, with Asia’s crowdfunding growth rate expected to surpass that of North America’s by a factor of 2:1.
Chief executive of Massolution, Carl Esposti said: “Surprises materialising from this year’s research included the astounding growth in the P2P and P2B (peer-to-peer and peer-to-business) lending market in Asia, stemming largely from the Chinese market.”
It is clear that crowdfunding is swiftly spreading across the globe, generating funds in numerous different areas. Only recently, aviation, commercial development and crowdfunded lenders have made their way to the forefront of the industry, leading the way for many other sub-sectors to make their mark.