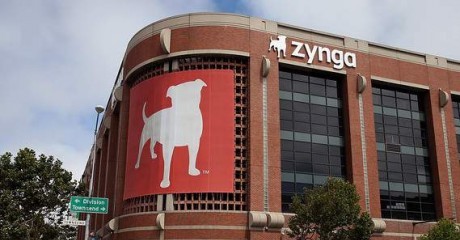 Written by:
Farquar McIntosh
16th April 2015
Are you looking for fast-news, hot-tips and market analysis? Sign-up for the Invezz newsletter, today.

Zynga Inc’s (NASDAQ:ZNGA) founder Mark Pincus, who last week returned to the post of chief executive officer following the departure of Don Mattrick, is attempting to bring some of his former colleagues back to the firm, according to a report by Bloomberg. The newswire today cited an unnamed source familiar with the matter, as saying that Pincus was discussing an operational role for Marcus Segal, the former head of Zynga’s casino games division. According to the same source, Pincus is also talking to others familiar with the company and who worked under him before.

Zynga has struggled to make the transition to mobile devices, which in recent years have become the preferred platform for casual gaming. The global boom of the smartphone industry damaged the company’s lucrative desktop gaming business, as a large chunk of its user base shifted to more mobile-friendly titles.
With Pincus back in charge of day-to-day operations at Zynga, bringing some of the people that helped forge the company into the casual gaming powerhouse that it became seems like a logical move. Under Pincus’ leadership, Zynga became the biggest publisher of social games on Facebook. However, also under Pincus watch, Zynga’s share price plummeted and the company lost its dominant position in the casual market to developers such as King Digital and Supercell, whose most popular titles, Candy Crush Saga and Clash of Clans, have thrived on mobile devices.
Don Mattrick was brought into the company in 2013, with the hope that the former head of Microsoft’s Xbox division could guide the company through the tough transition to mobile gaming platforms. However, the move did not pay off and Pincus, who during Mattrick’s tenure retained his position as Zynga chairman and chief operating officer, will now have to strive to create a successful mobile-first business.
In today’s trading, Zynga shares closed 0.8 percent higher at $2.46. The stock has fallen 7.5 percent since the start of the year and the company’s market capitalisation currently stands at$2.2 billion.