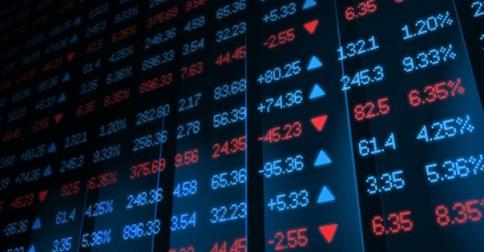 The UK benchmark index has inched lower today with investors reacting to a slew of corporate earnings. Market sentiment has also been subdued ahead of the outcome of the US Federal Reserve meeting later today. Among individual movers, The Weir Group (LON:WEIR) has climbed to the top of the blue-chip leaderboard after unveiling cost-cutting plans.

As of 12:39 BST, the FTSE 100 had shed 18.23 points to stand 0.26 percent lower at 7,012.30. The Footsie has lost ground alongside other European indices with investors staying on the sidelines ahead of the outcome of the Fed’s two-day policy meeting. The statement, scheduled to be released later today after the UK market closes, will be eyed for clues when the US central bank might hike interest rates.
On the corporate front, Weir’s share price has jumped 3.80 percent to 1,804.00p after the Glasgow-based engineer announced that it was taking further action to support profitability, with additional £10 million of cost reductions planned in the company’s Oil & Gas segment.
“The company is generating substantial cash and remains a market leader in markets that have long term structural growth,” Canaccord Genuity said, as quoted by the Guardian. “We accept that it will be bumpy but we still see the risk reward skewed considerably to the latter on a year plus view, hence the continued buy recommendation and 2200p price target.”
Next (LON:NXT) has been the other prominent blue-chip riser after the clothing retailer’s first-quarter sales came in ‘slightly above’ the company’s guidance. Next’s shares are currently changing hands 2.72 percent higher at 7,360.00p.
Antofagasta (LON:ANTO) has been the biggest Footsie faller in percentage terms after posting a drop in copper output for the first quarter. Antofagasta’s share price has lost 3.30 percent to 775.50p so far in today’s session.
“We have seen some mixed results today from UK companies, reinforcing our view that the earnings outlook for the United Kingdom is not as strong as it is for the eurozone, where the energy headwind is less significant and the currency tailwind is stronger,” Robert Parkes, equity strategist, HSBC Global Research, told Reuters.
**The FTSE 100 was 0.28 percent down at 7,011.14 points as of 12:57 BST on April 29, 2014.**