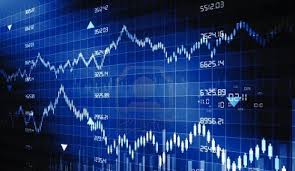 Britain’s blue-chip index has inched marginally into positive territory in afternoon trade, having slipped into the red earlier in the session, with investors weighing the prospects of Greece reaching a deal with its creditors. In individual stock news, shares in Associated British Foods (LON:ABF) have jumped on the back of an upbeat broker comment.

As of 12:27 BST, the Footsie had added 16.70 points to stand 0.24 percent higher at 7,057.62, after having lost 0.3 percent in earlier trade. A Greek government spokesman told Reuters yesterday that Athens intended to reach an agreement with its lenders on a cash-for-reforms deal by Sunday, brushing off comments from eurozone officials suggesting that a deal was far from imminent.
“There is growing uncertainty about how Greece is going to manage its debt repayment, and with time running out, investors are getting concerned about a possible Greek exit,” Securequity trader Jawaid Afsar said, as quoted by Reuters.
Among individual movers, AB Foods’ share price has gained 2.85 percent to 3,034.00p since Goldman Sachs raised its recommendation on the Primark owner from ‘sell’ to ‘buy’. The Guardian quoted the bank as saying in a note that its analysis of the US market suggested that Primark’s launch in the country “will be a success”.
The Weir Group (LON:WEIR) has been another prominent blue-chip riser, after analysts at Credit Suisse raised their price target on the stock. Weir’s share price currently stands 3.07 percent higher at 2,036.66p.
At the other end of the spectrum has been Ashtead (LON:AHT) whose shares have been sold off on the back cautious comments from its US peer United Rentals. Ashtead’s share price is 1.38 percent worse off at 1,145.00p.
**The FTSE 100 was 0.20 percent up at 7,054.83 points as of 12:59 BST on May 29, 2015.**