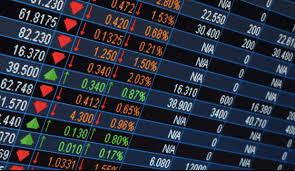 Eurozone leaders gathered in Brussels at 12:00 BST for an emergency meeting, after the weekend referendum in Greece on bailout conditions resulted in a resounding victory for the ‘no’ campaign. Greek Prime Minister Alexis Tsipras is expected to unveil new proposals on a further bailout for the country. Despite the apparent support of France and Cyprus, many ministers are painting a bleak picture on Athens. Without more aid, Greece may become the first state to leave the euro since the single currency was introduced in 1999. The Eurozone summit is due to start at 17.30 BST, after being delayed by half an hour.
In economic data today, growth in UK industrial production accelerated more than expected in May, according to the Office for National Statistics. Output increased 2.1 percent in May compared to the same month the year before, driven by growth in mining and quarrying activities, beating the 1.6 percent consensus forecast.
Away from Greek debt talks and economic data, oil producers and energy services stocks, including BP (LON:BP) and Shell (LON:RSDA) edged lower today, after one of the steepest sell-offs in crude this year. A host of housebuilding stocks were also out of favour, including Barratt Developments (LON:BDEV) and Persimmon (LON:PSN). However, Rolls-Royce (LON:RR) has been the biggest blue-chip faller, extending yesterday’s 6.3 percent decline on its latest profit warning, to drop another five percent, as Espirito Santo and JPMorgan both downgraded the aerospace manufacturer. Engineering company Weir Group (LON:WEIR) also slumped nearly three percent, after announcing the acquisition of US-based Delta Industrial Valves .
Marks & Spencer (LON:MKS) opened higher this morning but erased the gains later during the session, despite it has appointed Andrew Reynolds Smiths as its new chief executive. Meanwhile, broker upgrades were lifting chipmaker ARM Holdings (LON:ARM), property group Land Securities (LON:LAND) and Lloyds Banking Group (LON:LLOY).