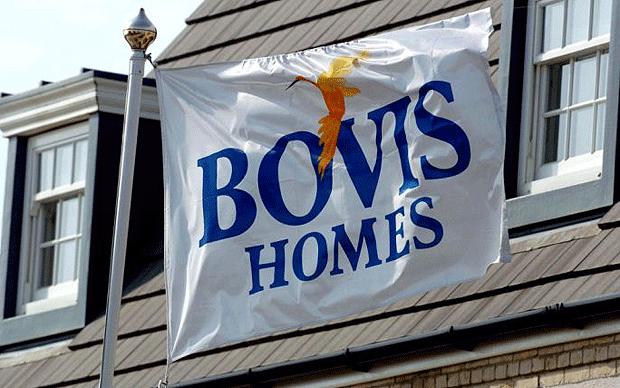 Homebuilder Bovis Homes Group Plc (LON:BVS) today revealed that its net profit for the first half of 2015 had grown nine percent on an annual basis to £56 million, as it completed a record number of homes.

Bovis’ legal completions for the six months through June 30 were 1,525, as compared with 1,487 for the first half of last year, the company noted in today’s report. The average sale price per legal completion rose 10 percent to £264,200.
The firm decided to increase the interim dividend by 14 percent to 13.7p per share, and flagged intentions to raise the full-year shareholder payout to 40p per share.

“Significant land opportunities continue to be available at higher returns meaning disciplined investment in consented land should underpin future growth in shareholder returns,” chief executive David Ritchie commented.
Ritchie also noted that the company remains on track to deliver an expected volume of new homes, and that “the combination of strong revenue growth and higher profit margins with improved capital efficiency will drive higher capital turn and return on capital employed”.
However, the positive H1 results failed to impress investors, who were hoping for a set of better-than-expected figures. At 5.66 percent in the red to 1,133.00p, Bovis’ stock was the second-top loser on the FTSE 250 as of 11:32 BST today. The fall follows a seven-year peak in market valuation, though, and Bovis’ share price is still more than 43 percent higher on an annual basis.
The firm noted efforts to position the business for the future , with “evolving Group structure to manage future growth” and the addition of seven sales outlets, which now number 100.
“The positive housing market conditions in the UK continue with growth in both transaction levels and sales prices,” the company said. “Housing demand continues to run ahead of new housing supply with the availability of development land supported by increasing levels of planning permissions.”
As of 11:54 BST, Monday, 17 August, Bovis Homes Group plc share price is 1,133.50p.