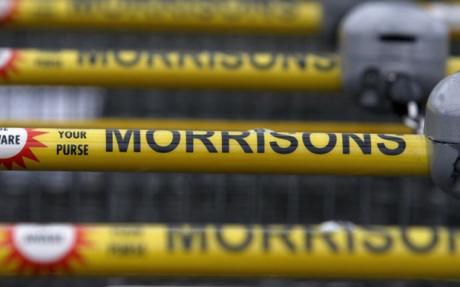 Jefferies has cut its target price on Wm. Morrison Supermarkets (LON:MRW), as it predicts a lower trough in earnings for the struggling grocer.

In a note to clients published on Friday, the broker said that it had kept its ‘buy’ rating on the shares but cut his target price from 230p to 210p, citing concerns over the company’s half-year results, due to be released next Thursday, September 10.
Jefferies analyst James Grzinic commented: “The longer term margin potential for the group remains difficult to assess (and we now assume for a lower trough), but shareholders should continue to benefit from the backstop of strong free cashflow generation.” He added: “With the earnings benefit of stepped up commercial action and much reduced capital intensity lagging the upfront reinvestment, the timing / level of the group’s margin trough remains hard to predict.”

On a positive note, Grzinic said that Morrisons’ combination of vertical integration, higher freehold ownership and lower leverage than its rivals gives the retailer an advantage in the “challenged” UK grocery sector.
Separately, Morrisons may be relegated from the FTSE 100 list of Britain’s biggest companies as part of the index’s upcoming reshuffle. According to recent media reports, the supermarket chain was just above the cut-off point for exclusion from the benchmark when the market closed on Friday. As part of its quarterly review, the London Stock Exchange is expected to reveal at the end of today’s trading session which company is on course to be promoted or excluded from the Footsie, depending on the latest market prices. A final decision will be made next week.
Morrisons’ shares has posted hefty losses today. By 14:34 BST, the stock had fallen 3.32 percent to 162.90p.
As of 14:51 BST, Tuesday, 01 September, Wm. Morrison Supermarkets plc share price is 162.35p.

Deyana has a media background as a Journalism graduate. With a general interest in the financial markets and global economic events Deyana used to cover a varied range of current events for Invezz.
Related news
Lufthansa to cut 1,000 admin jobs and 20% of leadership positions to combat COVID-19
7th July, 13:24
Plus500 reports an almost 300% increase in H1 revenue on robust trading volumes
7th July, 12:00
Halfords’ cycling sales jump 57.1% as people avoid public transport amidst COVID-19
7th July, 11:02
Whitbread stock price plummets over 4% on declining sales
7th July, 10:40
JD Sports warns of a significant hit in fiscal 2021 due to COVID-19
7th July, 10:17
Related market data
Invezz uses cookies to provide you with a great user experience. By using Invezz, you accept our privacy policy.