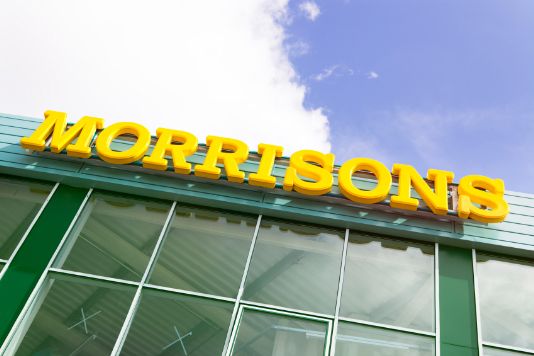 Fears of demotion were rekindled last week as the grocery chain was just above the cut-off point for exclusion from the Footsie when the market closed on Friday. Currently, Morrisons lies just outside the FTSE 100, but it is far better-placed than Weir Group (LON:WEIR), which is ranked well below after its share price fell nearly 50 percent over the past year on the back of falling demand from the oil and gas sector. The engineering firm is expected to be demoted to the FTSE 250, while housebuilder Berkeley (LON:BKG) is likely to be promoted to the FTSE 100.

In separate Morrisons news, Farmers for Action (FFA) and the National Farmers Union (NFU) held talks with the retailer yesterday to discuss how the business could support farmers that supply the grocer with milk specifically for cheese production. Morrisons will hold a further meeting with concerned parties on Friday. In the meantime, the group will explore potential ways of bringing money into a support fund for dairy farmers.
A spokesman for FFA said the meeting had been “constructive and robust”, with Morrison’s reaffirming its commitments to provide a minimum price for liquid milk as well as its promise to launch the Milk for Farmer’s brand at the beginning of October.
Morrisons share price dipped into the red this morning, building on yesterday’s 3.34 percent loss. As of 10:18 BST, the stock was trading 0.25 percent down at 162.00p.

Deyana has a media background as a Journalism graduate. With a general interest in the financial markets and global economic events Deyana used to cover a varied range of current events for Invezz.
Related news
London stocks end lower as the U.S. reports a record increase in COVID-19 cases
3rd July, 19:27
Daimler to sell its Hambach factory as it commits to streamlining global production
3rd July, 18:21
Delivery Hero reports a 94% growth in orders in Q2 as COVID-19 restricts people to their homes
3rd July, 14:29
Intel Corporation to invest £203 million and get a 0.39% stake in Indian Jio Platforms
3rd July, 13:23
HSBC cites low returns as it discontinues its industrial metals business
3rd July, 12:14
Related market data
Invezz uses cookies to provide you with a great user experience. By using Invezz, you accept our privacy policy.