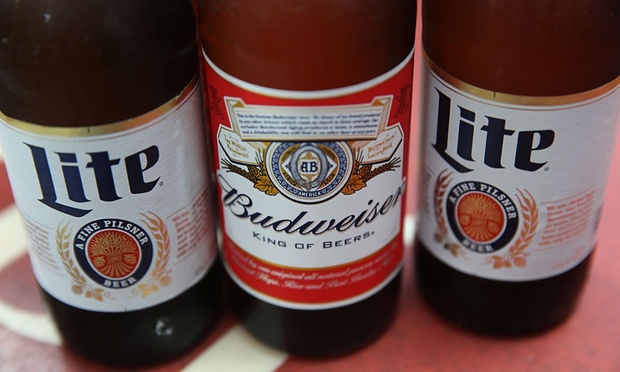 Altria has signalled that it is open to considering a proposal, depending on the terms. The firm has reportedly already acquired the services of Credit Suisse Group AG and Perella Weinberg Partners to assist it with the eventual takeover proceedings, signalling that its intention to negotiate a sale is indeed strong.
SABMiller’s second-biggest shareholder, El Salvador-based BevCo Ltd which holds 15 percent, is also believed to be leaning towards a sale, The Times reported.

In contrast, Jan du Plessis, SAB’s chairman, has assembled a team of bankers to defend against AB InBev, including American investment banking moguls Morgan Stanley and JP Morgan. Earlier this month, it was reported that SAB had also hired influential advisory firm Robey Warshaw, which helped AstraZeneca deflect a £70-billion takeover bid from US pharmaceutical rival Pfizer last year.
Still, SABMiller is open to discussing a potential bid from AB InBev, and the apparently defensive stature could be just a negotiating tool to agree better terms, analysts noted.
Meanwhile, people with knowledge of the matter claimed that AB is close to completing a roster of banks to help it finance the deal. Lenders are willing to offer more than $50 billion of debt for the acquisition, a source said as quoted by Bloomberg.
Experts calculated that AB would have to pay at least £40-45 per SAB share, or about £130 billion total (including debt), though many noted that any deal would almost certainly be at least partly in exchange for AB InBev shares, which would help the firm avoid a huge capital gains tax bill.
If successful, the tie-up would create what analysts have dubbed ‘MegaBrew’, selling nearly a third of all beer in the world.
AB InBev has until October 14 to file a formal offer under UK takeover rules, while the acquisition process could take many months.
SABMiller’s share price had dipped 0.29 percent to 3,589.50p as of 10:13 BST today, underperforming the FTSE 100 which had gained about 0.5 percent. Following SABMiller’s confirmation of interest from AB InBev on Wednesday, the FTSE 100-listed company surged more than 20 percent, reversing losses which have eroded the company’s share price since May.
Separately, analysts calculated that as many as 1,700 of SABMiller’s managers could each receive an average payout of $1 million (£650,000), if the tie-up is successful.
The share benefit schemes in place at SABMiller mean that total employee payout from a potential takeover could be in the region of $1.8 billion (£1.1 billion), if AB InBev pays about £40 per share, as is widely expected.
As of 10:39 BST, Monday, 21 September, SABMiller plc share price is 3,590.75p.
“New online broker DEGIRO aims to end online fees ‘rip-off’ in UK” – The Financial Times. On average 84% lower fees than other brokers. Compare now!