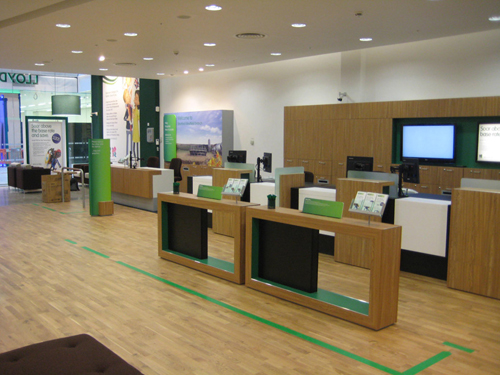 A security flaw in the online banking facilities of Lloyds Banking Group’s (LON:LLOY) Halifax and Bank of Scotland units has put tens of thousands of customers at risk of fraud, The Telegraph has revealed. The security breach has left customers’ financial activities visible to anyone.

Lloyds’ share price added 1.02 percent to close at 74.63p yesterday. The advance was largely in line with gains in the broader market, with the Footsie closing 1.10 percent higher at 6,338.67 points.
The Telegraph reported yesterday that the glitch at Halifax and Bank of Scotland’s online banking facilities meant that fraudsters were able to view accounts without using hacking devices as they would only need someone’s name, date of birth and address to see their bank, savings, credit card, loan or mortgage account details. The breach is thought to have occurred at some point after the banks were acquired by Lloyds in February 2009, meaning that customers may have been exposed to fraudsters for up to six years.

After the problem was discovered by MoneySavingExpert.com last week, the banks have now fixed it by enforcing additional security measures.
“We know that a maximum of 23,000 customers could have been affected by this issue,” a Lloyds spokesman told the Telegraph. “Of these account openings there have been no instances of fraud or indeed any customer complaints as of yet.”
The news of the security breach comes after last month reports suggested that the personal data of thousands of Lloyds customers had gone missing and were suspected to have been stolen by fraudsters. The suspected theft affected Lloyds Premier bank account holders with Royal Sun Alliance emergency home cover.
As of 07:58 BST, Friday, 16 October, Lloyds Banking Group share price is 74.63p.