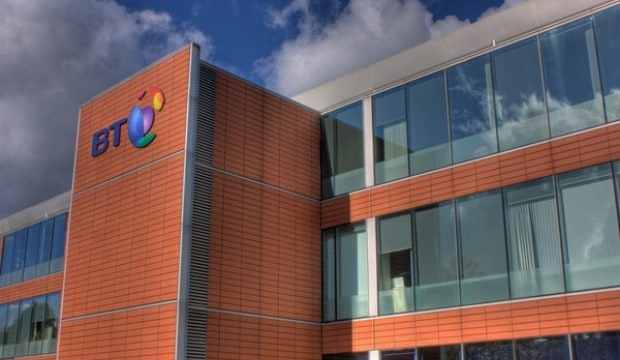 BT Group Plc (LON:BT.A) has given a significant boost to the UK economy in the 2014/15 financial year, a new report shows. The report, published today by Regeneris Consulting, says that the telecoms giant has spent £6.5 billion with suppliers and estimates the company’s total “Gross Value Added” (GVA) contribution in the period to be £18 billion. Nearly half of this contribution comes from the direct employment of 72,200 people and a further 10,900 as contractors.

The impact of BT’s activities has been felt the strongest in London, where the company employs 13,300 people through direct employment or as contractors. The company’s GVA in the UK capital inthe 2014/15 fiscal year was £4.5 billion. The South East saw the second largest contribution at £3.19 billion.
The report also shows that BT has for the first time passed the £1 billion milestone north of the border, estimating the company’s GVA contribution in Scotland to be £1.01 billion.
“In the UK, £1 in every £80 of wealth created is attributable to BT – this is one of the single largest contributions to the UK economy by any firm,” said Tim Fanning, associate director at Regeneris Consulting.
Brendan Dick, managing director of BT Regions, commented: “The facts and figures shown in this report highlight the full extent of BT’s contribution to the economy as we go about the daily business of keeping people connected and introducing new technologies, which are creating fresh opportunities and transforming lives.”
In today’s trading, BT shares were up 0.7 percent at 464.90p, as of 10:10 GMT. The stock has risen 15.8 percent since the start of the year and the company’s market capitalisation currently stands at £39.1 billion.
The 19 analysts offering 12 month price targets for BT have a median target of 510.00p, with a high estimate of 600.00p and a low estimate of 240.00p. As of October 30, 2015, the consensus forecast amongst 24 polled investment analysts covering BT had it that the company will outperform the market. The same consensus estimate has been maintained since November 5, 2013, when the sentiment of investment analysts improved from “hold”.
As of 11:21 GMT, Wednesday, 04 November, BT Group plc share price is 467.43p.