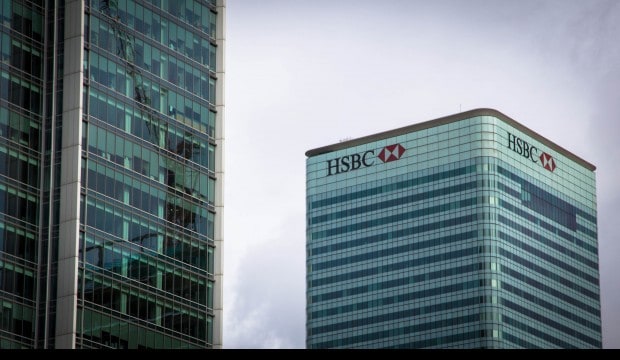 HSBC (LON:HSBA) is in a good position to capitalise on a potential initial public offering of Saudi Arabia’s state oil company, Aramco, it has been reported.

Aramco said on Friday that it was considering an IPO of part of the business or a sale of a stake in some of its subsidiaries. An IPO could be the largest ever, which would make it an attractive target for lenders looking for opportunities to profit. According to Jason Tuvey, an economist at researcher Capital Economics, Aramco could fetch a value of anywhere from $1 trillion to $10 trillion, potentially making it the most valuable company in the world.

HSBC, along with JP Morgan, is among the banks in the best position to win a role, if Saudi Arabia decides to go ahead with a public offering of Aramco, Bloomberg reported on Friday, citing unnamed sources. In the case of an IPO, Aramco is likely to choose banks that have helped arrange its loans and other local deals in the past, the sources said.
HSBC and JP Morgan, which have had a presence in the country for decades, helped arrange a $10 billion loan for Aramco last year. This could help them start towards the front of the queue when it comes to securing a mandate in the deal. Furthermore, HSBC and JP Morgan are the only two foreign lenders ranked among the top 10 IPO advisers in Saudi Arabia in the last decade (at No. 2 and 4, respectively), according to data compiled by Bloomberg.
According to the sources, another possible favourite is Deutsche Bank, which advised Aramco on its $3 billion joint venture with Lanxess last September. The report also said that no mandates had been awarded yet and the state-owned oil giant had not sent out requests seeking advisory roles.
In today’s trading, HSBC shares were up just over one percent at 504.20p, as of 13:09 GMT. The company’s market capitalisation currently stands at £98.6 billion.
As of January 09, 2016, the consensus forecast amongst 27 polled investment analysts covering HSBC was that the company will outperform the market. The same consensus estimate has been maintained since September 09, 2015, when the sentiment of investment analysts improved from “hold”.
As of 14:57 GMT, Monday, 11 January, HSBC Holdings plc share price is 502.20p.