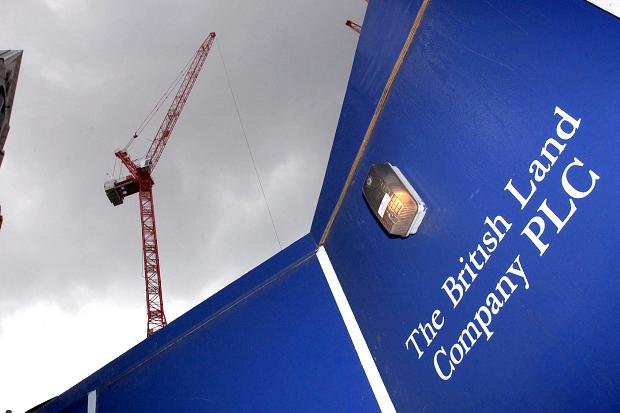 British Land’s (LON:BLND) shares have been in demand today after the real estate investment trust (REIT) reported a solid third quarter and said it will lift its dividend payout, as the office and retail property markets in the UK remained strong.

British Land said in a statement this morning that it had secured 312,000 sq ft of leasing activity in its retail and offices portfolios in the three months to the end of December, with these leases secured at an average of 8.5 percent ahead of the estimated rental value of the properties at the end of September.
The FTSE 100-listed group further revealed that its developments were progressing well, with the Leadenhall Building in the City of London, known as the Cheesegrater, now 94 percent let or under offer. British Land has also submitted a revised planning application for its Broadgate Circle office development near Liverpool Street Station and said it was progressing to stage two of its Paddington Central development.

Although mindful of an economic outlook that is “clearly more uncertain since the half year”, the company pledged a third-quarter dividend at 7.09p, 2.5 percent up year-on-year. CEO Chris Grigg stated that British Land remained confident in the underlying strength of its business.
Investors have hailed British Land’s update, sending the company’s shares 1.76 percent higher to 724.50p as of 10:56 GMT. The FTSE 100 index was also 1.76 percent up, standing at 5,881.43 points.

Tsveta van Son is part of Invezz’s journalist team. She has a BA degree in European Studies and a MA degree in Nordic Studies from Sofia University and has also attended the University of Iceland. While she covers a variety of investment news, she is particularly interested in developments in the field of renewable energy.
Related news
AirAsia swings to a £150.71 million loss in the first quarter as COVID-19 halts air travel
6th July, 15:29
Berkshire Hathaway to buy Dominion Energy’s natural gas assets for £3.2 billion
6th July, 14:31
Uber stock price explodes 9% on a $2.65 billion deal to buy Postmates
6th July, 13:30
Beckton Dickinson receives EUA for its COVID-19 antigen test from the U.S. FDA
6th July, 13:26
CEO Antonio Horta-Osorio of Lloyds Bank to exit the role next year
6th July, 12:15
Related market data
Invezz uses cookies to provide you with a great user experience. By using Invezz, you accept our privacy policy.