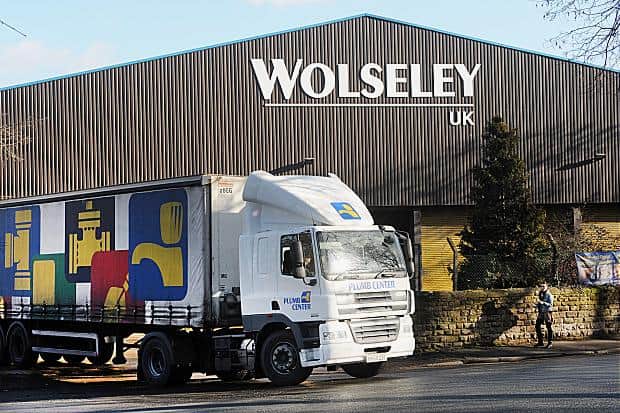 Wolseley(LON:WOS) has updated the market on its half-year performance this morning.

**Highlights from the company statement:**
Revenue of £6,795 million from the ongoing businesses (2015: £6,418 million) was 5.9% ahead and 2.7% ahead on a like-for-like basis against strong prior year comparatives. Price deflation in the USA, UK and Central Europe reduced Group revenue by 1.4%. Gross margins in the ongoing businesses of 28.3% (2015: 27.9%) were ahead of last year as we continued to focus on improving our purchasing terms and the mix of customers, products and suppliers. Operating expenses in the ongoing business were 7% higher at constant exchange rates including 3% from acquisitions.


Trading profit in the ongoing businesses was £410 million (2015: £390 million), 5.1% ahead of last year. The trading margin for the ongoing business was 6.0% (2015: 6.1%). There was one fewer trading day than last year which reduced trading profit by about £6 million. There will be the same number of trading days in the second half as there were in the comparable period. Foreign exchange movements increased reported revenue by £78 million and trading profit by £11 million. At exchange rates of $1.45 and €1.28, trading profit in the second half last year would have been £22 million higher.
Profit before tax of £367 million compared to £103 million in the same period last year which included a significant impairment charge.

The remaining French business, which was sold after the end of the period, was classified as discontinued last year and generated revenue of £207 million (2015: £313 million), trading profit of £2 million (2015: trading loss of £11 million) and an exceptional gain of £1 million, which comprised an additional asset impairment of £8 million and a £9 million gain on disposal of properties.
Headline earnings per share were 110.2 pence (2015: 103.6 pence) an increase of 6.4%, reflecting the growth in trading profit and the reduction in share count as a result of the buyback. Basic earnings per share from continuing operations were 103.5 pence (2015: 4.6 pence).
Shareholder returns

The Group generates attractive and sustainable financial returns for shareholders. An interim dividend of 33.28 pence per share (2015: 30.25 pence per share), an increase of 10%, will be paid on 29 April 2016 to shareholders on the register on 1 April 2016. Our investment priorities remain focused on achieving good organic growth, maintaining the ordinary dividend through the cycle and investing in bolt-on acquisitions that meet our stringent investment criteria. Any surplus cash after meeting these investment needs will be returned to shareholders. The Group has purchased 4.3 million shares for a total cost of £162 million at an average price of £37.39 under the share buyback programme announced last September.

Market conditions remain mixed across the Group and we will therefore continue to invest in profitable growth where conditions are favourable and take actions to reduce our cost base and protect our profitability in weaker markets. After a low point in November, like-for-like revenue growth over the subsequent three month period to 29 February 2016 improved to 3.2 per cent for the Group and 5.7 per cent in the USA. At current exchange rates, we expect Group trading profit for the ongoing businesses for the full year to be in line with the current consensus of analyst expectations.
As of 07:10 GMT, Tuesday, 22 March, Wolseley plc share price is 3,864.00p.