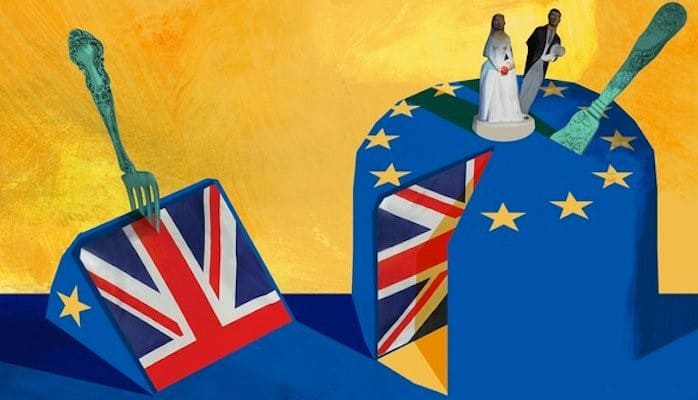 Just weeks before British citizens decide whether to stay or leave the European Union, the country’s currency is experiencing significant volatility. Over the past several months, investors and businesses have become increasingly uncertain about the future of the UK’s economy. Should voters choose to leave the EU, companies and investors will have to make enormous changes in the short run. This uncertainty and the potential for a British withdrawal from the European Union has led to wild shifts in the pound’s valuation.

Since mid-December of last year, the Sterling has experienced significant price changes in both directions, but the trend is continually downward. Starting in April, the pound has undergone even larger price swings as the June 23 referendum approaches. The cost of buying options to protect against these price fluctuations has reached the highest point since 2009. The concerns that investors and businesses have are the consequences and costs of Britain leaving the EU. Currently, the European Union consumes over 40 percent of British exports, and Britain’s inclusion into the EU gives it special privileges and access to the European marketplace.

Speculators have been watching the Brexit debate intensely, and all the main institutions have weighed in with their opinions. Since the debate began, surveys showed British voters choosing to stay in the EU, but not by significant margins. Although this helped alleviate some concerns, speculators have still been hedging against the risks of a Brexit. But polls from earlier in the week revealed growing support for an exit among British voters. At one point, pro-Brexit campaigners outnumbered voters who want to stay in the EU. Immediately after these polls were released at the beginning of the week, the pound fell close to 1 percent. However, on Tuesday, the pound rallied and recovered from its losses from the previous day.
Investors are concerned that the cable will experience an enormous period of devaluation should Britain leave the EU. In particular, analysts cite Britain’s massive trade deficit, which is the largest among advanced economies. The UK imports far more goods from foreign countries than it exports, making the pound’s valuation play an especially important role. Analysts at Wall St behemoth Goldman Sachs have estimated that a Brexit would devalue the pound up to 20 percent. The Bank of England, the country’s central bank, believes an exit from the EU could potentially lead to a recession. Other major institutions both in the US and the UK have projected a significant devaluation of the pound in a Brexit scenario. Pro-Brexit supporters claim predictions of economic catastrophe are politically motivated and fueled by misrepresentations and fear mongering.
Regardless of the potential impacts of a Brexit, the anxiety and debate caused by the referendum have already left its mark. Over the past several months, British businesses have reported lower levels of employment and investment due to concerns over the future of the economy. Further, a report from the Royal Institution of Chartered Surveyors revealed that demand for property in London, a major hub for international investors, has fallen to the lowest point since 2008. Economic data from the past five months has also shown the impacts of the EU referendum debate. GDP figures have been continually downgraded while manufacturing activity has become stagnant.
Read more analytical reviews at Alpari.com.