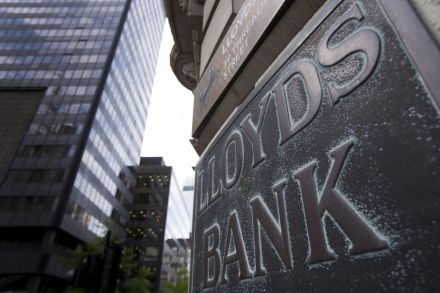 Lloyds Banking Group’s (LON:LLOY) private equity arm has sold its catering business Waterfall to France’s Elior, the division has said. The deal, which has generated a near-threefold return for Lloyds Development Capital (LDC), comes ahead of the parent’s half-year results next week.

Lloyds’ share price meanwhile has fallen into negative territory in today’s session, having shed 0.50 percent to 56.48p as of 13:45 BST. The decline is largely in line with losses in the broader London market, which have seen the blue-chip FTSE 100 index fall 0.46 percent to stand at 6,697.98 points. The group’s shares, which have lost some 35 percent of their value over the past year, are trading well below the taxpayer’s break-even price of 73.6p.

LDC said in a statement yesterday that it had exited its investment in Waterfall Catering Group, selling it to Paris-based Elior. Lloyds’ private equity business, which originally backed the £20 million secondary buyout of Waterfall in December 2014, said that the transaction had generated a 2.6x money multiple and internal rate of return of 81 percent.
The Telegraph quoted LDC’s investment director Richard Ibbett as saying that it was a ‘true compliment’ to win Elior’s interest in the business, despite fears that Britain’s vote to leave the European Union had derailed some deals.
The disposal comes after LDC recently exited its investment in Workplace Systems, a provider of cloud-based scheduling software to the retail and hospitality sectors, in a sale to US-based WorkForce Software, for an undisclosed amount. The company meanwhile recently made a £10-million investment in Icon Polymer Group, which manufactures engineered polymer products.
In analyst ratings, BNP Paribas remains bearish on Lloyds, reiterating its ‘underperform’ rating on the bailed-out lender today, with a price target of 55p. Deutsche Bank, however, continues to see the company as a ‘buy’, valuing the shares at 63p.
Lloyds is scheduled to update investors on its half-year performance on July 28.
As of 14:16 BST, Thursday, 21 July, Lloyds Banking Group share price is 56.57p.

Alice joined the Invezz team after motherhood convinced her to make a career change from actuary-ing. She brings a forensic eye for detail developed through crunching numbers on underwriting satellite insurance and the like.
Related news
Goldman Sachs tops analysts’ estimates for earnings and revenue in the fiscal second quarter
15th July, 13:24
UnitedHealth Group says its net income more than doubled in the fiscal second quarter
15th July, 12:17
Dixons Carphone reports a 50% decline in annual profit due to COVID-19 restrictions
15th July, 11:26
McCarthy & Stone swings to a loss as COVID-19 weighs on housing transactions in H1
15th July, 10:14
Burberry blames COVID-19 as comparable sales decline by 45% in the first quarter
15th July, 09:41
Related market data
Invezz uses cookies to provide you with a great user experience. By using Invezz, you accept our privacy policy.