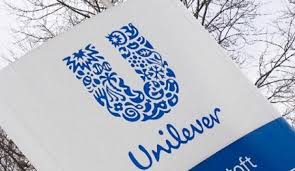 Two of America’s biggest private equity firms, Clayton Dubilier & Rice and Bain Capital, have teamed up to bid for Unilever’s (LON:ULVR) spreads business, Sky News has reported. The Anglo-Dutch consumer goods giant announced plans to sell the division as part of its strategy to unlock value for shareholders in the wake of Kraft Heinz’s failed bid earlier this year.

Unilever’s share price has gained ground in London in today’s session, having added 0.78 percent to 4,372.50p as of 14:26 BST, outperforming the broader UK market, with the benchmark FTSE 100 index currently standing 0.46 percent higher at 7,469.32 points. The group’s shares have added more than 23 percent to their value over the past year, and are up by just under a third in the year-to-date.

Sky News reported yesterday that Clayton Dubilier & Rice and Bain Capital were understood to have joined forces for a possible bid for Unilever’s spreads business whose brands include Flora, Stork and I Can’t Believe It’s Not Butter. Sources told the newswire that CD&R’s interest would lean heavily on Vindi Banga, a former Unilever foods executive, and Sir Terry Leahy, the former boss of Tesco (LON:TSCO), both of whom are already closely involved with the buyout firm.

Sky News noted that other consortia are expected to form over the summer as Unilever gets ready to sell the business.

The report comes after Unilever updated investors on its half-year performance last week, posting a rise in sales. At the time, the company noted that that the preparation for the exit of its spreads business was well underway.

In analyst news, Jefferies, which sees Unilever as a ‘buy,’ boosted its price target on the stock from 4,750p to 4,830p yesterday. According to MarketBeat, the company currently has a consensus ‘hold’ rating and an average price target of 4,209.45p.

Michael is a freelance writer with years of experience writing about financial products. During his time reporting for Invezz, Michael focused on the real estate and stock markets.
Related news
Goldman Sachs tops analysts’ estimates for earnings and revenue in the fiscal second quarter
15th July, 13:24
UnitedHealth Group says its net income more than doubled in the fiscal second quarter
15th July, 12:17
Dixons Carphone reports a 50% decline in annual profit due to COVID-19 restrictions
15th July, 11:26
McCarthy & Stone swings to a loss as COVID-19 weighs on housing transactions in H1
15th July, 10:14
Burberry blames COVID-19 as comparable sales decline by 45% in the first quarter
15th July, 09:41
Related market data
Invezz uses cookies to provide you with a great user experience. By using Invezz, you accept our privacy policy.