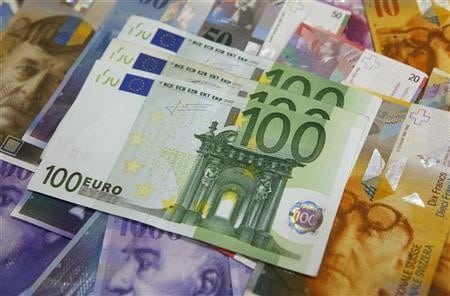 The euro lost ground against the dollar Tuesday, on concerns the German election and resulting coalition talks could stall moves for closer EU integration. German Chancellor Angela Merkel won a fourth term after German's hit the polls over the weekend. However, her coalition partners have changed.

Merkel has previously been supportive of French President Emmanuel Macron’s closer integration plans. But, as Merkel discusses the new coalition without her previous SDP partner, that perspective is now in jeopardy.

The euro fell under the $1.18 mark for the first time in over four weeks, Tuesday, as investors retreated during the likely tense discussions.

While Merkel faces an interesting period to move forward as Chancellor again, France’s Macron is preparing to deliver a speech focussing on creating a closer EU fiscal union and updating the existing euro zone financial process.

Macron is supportive of creating a single euro zone budget and appointing a euro zone finance minister. He is speaking at the Paris Sorbonne University, Tuesday afternoon.

Analysts said that while the euro-zone wide policies might be well-recovered, domestic policy is taking the lead where investors are concerned.

This news follows European Central Bank’s (ECB) chairman Mario Draghi’s comments Monday that the euro was still being closely monitored by the Central Bank. He also said that further accommodative policy from the Central Bank would likely be required to support the continuation of the region’s economic recovery.

He told the European Parliament that more discussion and re-calibration of certain financial instruments would likely be required by the ECB. He added the euro “represents a source of uncertainty which requires monitoring”, particularly in relation to the Central bank’s inflation outlook.

The euro has held its ground against the British pound recently, despite news and comments suggesting a Bank of England (BOE) rate hike will come in 2018. The slip against the dollar is likely welcome news for the ECB. Although, he highlighted the single currency’s volatility as a problem too, not just its strength.