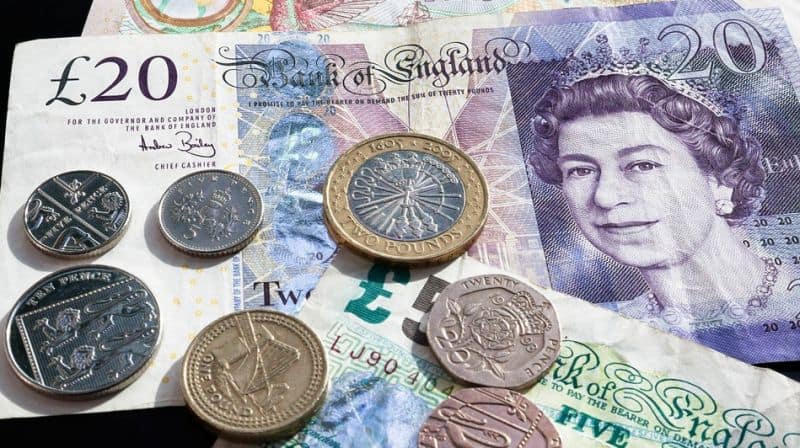 The British pound is treading water around midday Wednesday, ahead of US President Trump's speech in Indiana and following the two-year high retail sales data from the UK’s Confederation of British Industry.

Retail sales volumes on the UK high streets, as measured by the CBI’s monthly distributive trades survey, hit a balance of +42 in September, up from August’s disappointing +10. Sales volumes growth was boosted by an increase in purchases at grocers and clothing stores, the report showed.

”Retailers reported a brisk expansion of sales volumes in the year to September, with the fastest growth in two years,” the CBI said in its retail sales press release. “Sales for the time of year were considered slightly above seasonal norms.”

The British pound was little changed on the release, heading marginally lower against the dollar, which remains strong ahead of US Trump’s Indiana speech where he is expected to unveil US tax reforms.

The upbeat CBI report follows the unexpectedly healthy August retail sales report from the ONS, earlier this month. It adds to the weight of evidence that UK consumer spending is healthy, despite the higher level of price inflation and still subdued earnings growth.

It also likely strengthens the case for the Bank of England (BOE) to begin raising rates sooner rather than later. BOE Governor Mark Carney has repeatedly signalled the next course of action from the Bank, will include incremental, but steady interest rate hikes.

Some analysts expect the Bank’s first rate hike in a decade, could come as soon as the Monetary Policy Committee’s (MPC) next rate-setting meeting in November.

Other details in the CBI survey, meanwhile, were mixed with regards to future demand and sales. Retailer’s sales volumes expectations for October rose to the highest so far this year. New orders growth slipped back from August.

The CBI also reported that internet sales volumes increased in September from August and that growth was expected accelerate further in October.