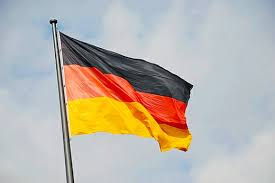 The latest release of German consumer confidence from research firm Gfk Thursday, showed a slight downturn in the measure. While German consumers remained upbeat about their country’s economic prospects, they were less confident about their own financial future.

The October Gfk consumer sentiment index slipped to 10.8 from September’s 10.9 and ends a five-month run of gains. The decline was led by consumer concerns over earnings growth, which also weighed on plans to make purchases.

However, the buoyant German economy didn’t go unnoticed. The Gfk economic expectations measure gained three points to hit 33.4 in October. That’s a 26.6-point rise over the past 12 months.

The survey was conducted ahead of the German election and its likely concerns over the result could have weighed on some survey respondents’ views.

The Gfk said it continues to anticipate German consumer spending growth of 1.5% over the course of 2017. However, it added there were a number of potential headwinds that could affect their view. They include:

Other news investors will be watching, include UK Prime Minister Theresa May’s appearance at the Bank of England conference where she spoke in favour of free trade.

German Chancellor Angela Merkel, meanwhile, is expected to conclude coalition negotiations and present plans on the new Government. And, an informal EU leader’s dinner in Tallinn, Estonia will take place Thursday evening, ahead of the EU digital summit Friday.