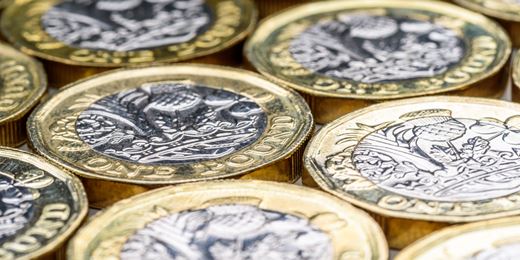 The British pound lost further ground Tuesday morning, on news activity in the UK’s construction sector fell in September. A closely watched report from IHS Markit showed a further decline in new work, pushed the construction PMI index below 50 for the first time in over a year.

According to the data expert, the construction PMI index sank to 48.1 in September, down from August’s 51.1. An index level above 50 marks an expansion of activity, while a number below that key level denotes activity contracted.

“Fragile client confidence and reduced tender opportunities meant that growth expectations across the UK construction sector are also among the weakest for four-and-a-half years,” Moore added in the press release.

Survey respondents linked the lack of confidence in planning and agreeing new work, to Brexit-related uncertainty. As the talks continue, little headway is being made, despite evidence of a softer stance from UK Prime Minister Theresa May.

The British pound headed lower against the US dollar on the disappointing data. The US dollar has been in the ascendancy for over a week now and Tuesday’s data will only cement that current trend.

While new orders, confidence and rising prices all weighed heavily on the September construction PMI, there was one bright spot. Residential house building activity continues to expand.

However, in line with the broader tone of the survey, new business growth there also eased to a six-month low.

Activity in commercial construction and civil engineering, meanwhile, shrank sharply due to a dearth of new projects on fears of what the future holds for investment in the UK.