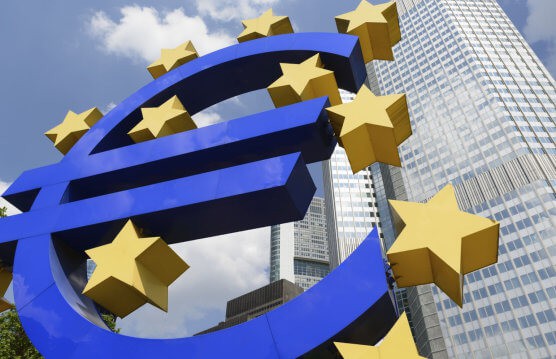 The reports from news agencies Bloomberg and Reuters, suggest that the amount of bond-buying in the current QE programme will be reduced, by as much as half. However, that lower level of support could continue until September 2018.

The euro nose-dived against the British pound on the initial report from Bloomberg. Against the US dollar, the single currency’s response was less pronounced, but still showed signs of weakness.

The ECB announced in September, that it would be meeting to discuss the future of its QE programme. Under the existing agreement, it is set to end at the close of 2017. An official announcement on the details of its final decisions regarding its bond-buying policies, are expected on October 26.

Of course, the comments published Friday can only be taken as indicative of the potential announcement later this month. That means they remain subject to change. Indeed, there is also the possibility that no end date for the QE programme could be detailed.

The ECB currently purchases bonds worth €60 billion per month, under the current programme.

In addition to the possibility of the QE programme continuing, albeit at a likely lower level, the ECB’s inflation outlook gives the central bank scope to keep interest rates lower for even longer. An additional detail that’s weighing on the euro.

The ECB’s current inflation forecasts are for:

A low rate of inflation gives the ECB leeway to keep interest rates low as the current situation isn’t driving inflation higher. It’s likely the central bank will maintain its current stance for as long as possible, to help support the continuing economic recovery.